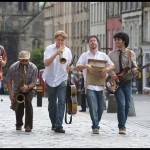 It really has only been a few short years since the formation of The California Honeydrops, playing on the streets and train stations in Oakland, California. And in that brief moment they have taken the music world by storm, selling out venues in California and throughout the West Coast, as well as becoming a major draw at blues festivals and theaters around the world and a Blues Music Award nomination. The band’s core is made up of founding members Lech Wierzynski on guitar, trumpet and vocals, drummer Ben Malament, and newest member sax player Johnny Bones. The Honeydrops’ music speaks not just to the heart and soul, but also to the body; people have no choice but to dance. Drawing heavily on Southern soul and Bay Area R&B with twist of New Orleans second-line street music, the Honeydrops defy genres. Their style may not have a name, but one thing is certain: The California Honeydrops don’t just play music. They throw parties.

The California Honeydrops will be making a much anticipated return to Portland on Friday, January 31st for a 9:00 pm show at Mississippi Studios, 3939 N Mississippi Avenue. Tickets are $13.00 in advance and $15.00 day of show, available through www.TicketBiscuit.com. This is a 21 and over show only. 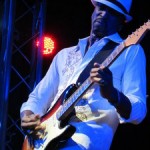 The Dennis Jones Band is a fun, high-energy, blues/rock power trio, tearing it up at West Coast clubs and festivals. The live show has been described by summer 2013 recent festival-goers as a positive “spiritual experience.” New and existing fans are impressed by the originality, and how the band transitions from fast-paced rock and blues, to slow and soulful blues, performing both originals and popular covers. His most recent recording, My Kinda Blues, features guests like Kenny Neal and Guitar Shorty, was met with rave reviews and ranked in the top ten on several blues and roots charts.

Dennis Jones will be making his first ever trip to the Portland area for a pair of shows in December. Preview his music and more information at www.dennisjonescentral.com

The next night, Thursday, December 12th, Dennis Jones will be playing on the east side of the Willamette River at Duff’s Garage, 1635 SE 7th, for a 9:00 pm show. Admission is $10.00. This is a Cascade Blues Association co-sponsored event, so show your current CBA membership card at the door for a $1.00 discount.

Two of the West Coast’s finest blues artists will be joining forces on Saturday, December 7th to help a fourteen-year-old who is fighting bone cancer. The event will be taking place in Hood River at the Double Mountain Brewery & Taproom featuring Portland’s own The Lloyd Jones Struggle and California-based guitarist Franck Goldwasser. 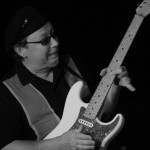 Lloyd Jones is one of the most popular artists in the region with a career spanning over forty years thrilling audiences with his soulful R&B and funky New Orleans style rhythms. A Lifetime Achievement Muddy Award recipient from the Cascade Blues Association and a member of the Oregon Music Hall of Fame, Lloyd always brings out the fun in all of his performances.

Franck Goldwasser has been a much in-demand guitarist since moving to California from France and being dubbed Paris Slim. A sensational guitarist who has worked with virtually every major blues artist on the West Coast, he lived in Portland for a few years, before returning down south. Most recently he is known for providing the lead guitar work with the Blues Music Award winning band, The Mannish Boys.

The Double Mountain Brewery is located at 8 Fourth Street (behind the Post Office) in Hood River, Oregon.  The Benefit for Owen starts at 8:00 pm and is a 21 & over only show. There will also be a silent auction. Suggested donation for the event is $20.00, but nobody will be turned away if they cannot offer this amount. 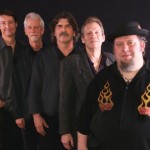 C.D. Woodbury has performed in Texas Roadhouses and in Stadiums. He has performed for two US Presidents, foreign dignitaries, and Jimi’s music for the Hendrix family. He has jammed with jazz legends, international blues stars, and has worked with sidemen to the biggest rock acts. Yet, he still remains “the Northwest’s best-kept secret”. Though he has played many styles, he always returns to the blues and American roots music on his guitar.

In 2009, the C.D. Woodbury Band was formed primarily out of an unrehearsed appearance at the Snohomish Blues Invasion with CD and former members of Tim Casey’s back-up band, the Bluescats. This was soon followed by a blistering set at Sunbanks Blues Festival.  The Bluescats were one of the top acts in the region and a top selling act in Europe, including edging Eric Clapton to be the number 1 blues act in Belgium one year somewhere in the mid-2000’s. In 2010 they were presented a B.B. Award by the Washington Blues Society in 2010 as Best New Act and have since released two stellar recordings, including the latest, Monday Night! The band was also honored to receive the B.B. Award for Best New Band by the Washington Blues Society, and CD Woodbury was awarded Best Electric Guitar.

The CD Woodbury Band plays a mixture of new interpretations of old favorites, obscure gems, and original songs. Chris Kliemann, Don Montana, and Mike Fish are a dynamic, tight rhythm section. In 2010, the Band added sax player and multi-instrumentalist Mike Marinig, who has added a new dimension to the band’s sound.

The band will be making an all too rare appearance in Portland on Saturday, December 7th at The Starday Tavern, 6517 SE Foster Rd. for a 9:00 pm show. Don’t miss out on this Seattle-based band as they have the goods to be The next big thing out of the Northwest!

Since first moving to the United States in 1980 from his native France, Franck Goldwasser has been a mainstay amongst the finest blues artists on the West Coast. Dubbed “Paris Slim” by his first American employer, Troyce Key, a superb bluesman and owner of the famed Eli’s Mile High club in Oakland, Goldwasser has toured with masters like Jimmy McCracklin, Jody Williams, Curtis Salgado and is also a longtime member of the Blues Music Award winning band The Mannish Boys. He is a guitarist’s guitar player, sought out by many to help with their recordings and he is a superb performer on his own. 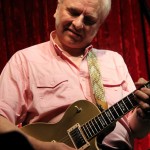 Franck Goldwasser, who lived in Portland for several years building a strong fan base, returns to the Rose City for a show at Duff’s Garage, 1635 SE 7th, on Tuesday, December 10th. Showtime is 9:00 pm. Always an outstanding show, expect Franck to have several of his Portland area friends on hand to help him out. This is a CBA co-sponsored show and members can receive a $1.00 discount by showing their membership cards at the door. 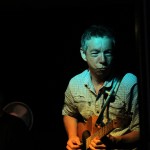 Robbie Laws has a new CD he is about to unleash on blues lovers and he is going to throw a party to celebrate its release. Titled Between The Lines, Robbie is sure to showcase his stellar guitar playing which has helped to garner him twenty-one Muddy Awards from the Cascade Blues Association, including nine as Electric Guitarist. This CD party is scheduled to take place at Duff’s Garage, 1635 SE 7th, on Saturday, December 28th, starting at 8:00 pm. He’s planning on having some special guests take part such as Karen Lovely and AC Porter, plus he promises there will be other noted artists as well as some give-away CDs and T-shirts during the night. Plus there will be cake to help celebrate the event, too. Robbie states the music will be a real walk through blues and jazz for a historical perspective. Sounds like fun.

Admission to the CD release party is $12.00. This is a Cascade Blues Association co-sponsored event, so make certain you bring your current membership card to receive a $1.00 discount at the door. 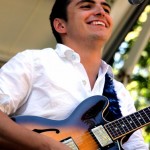 Come out to Duff’s Garage on Sunday, December 15th and help raise needed funds for both The Ben Rice Band and Tevis Hodge Jr for their upcoming trip to Memphis this January as they will compete in the International Blues Challenge. This event is a full afternoon and early evening of first rate blues as many of the local area’s finest acts will be dropping by to help out. In no particular order, these friends will include Kevin Selfe, Karen Lovely, Franco Paletta & The Stingers, The Portland Blues Divas featuring Lucy Hammond and Melissa Buchanan, Bridge City Blues Band and Jeff “Drummerboy” Hayes. And of course, Ben Rice & The iLLamatics and Tevis Hodge Jr. 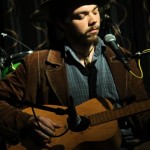 Doors open at 2:00 pm and the fun will begin at 2:30 pm. Aside from the music, there will also be a raffle and door prizes that include items such as CDs, T-shirts, Ben Rice Barbecue Sauce and even cigarbox guitars. Admission is a suggested donation of $10.00, remember it is not inexpensive to travel to Memphis, so every bit helps. Duff’s Garage is at 1635 SE 7th.

Kevin Selfe and The Tornadoes

Hi everybody!  Just wanted to extend our heartfelt thanks to the Cascade Blues Association and its members for the Muddy Awards this year.  We are grateful, humbled, and deeply honored to be recognized amongst the world class talent here in Portland, and the NW.   Your support means the world to us, and we are so proud to be part of this community, and proud to be ambassadors of the CBA wherever we travel.

Speaking of traveling, last month was a fun one as we had the opportunity to play the blues at some legendary clubs in Chicago, San Francisco, and Sacramento.  December finds us END_OF_DOCUMENT_TOKEN_TO_BE_REPLACED