The BluesNotes is published monthly by the Cascade Blues Association (CBA). Approximately 5,000 copies are printed and distributed to over 50 locations in the greater Portland area and beyond. The BluesNotes is mailed directly to over 1000 CBA members each month.

The BluesNotes provides a comprehensive look at what’s happening in the Portland Blues scene every month. Articles feature local bands, venues, coverage of concerts, interviews, record reviews, historical information and the latest on Blues music and the Blues entertainment scene near and far. With distribution throughout the city at restaurants, taverns, music stores, bookstores and other accessible locations, the BluesNotes is easily found and avidly read by thousands of music fans of all backgrounds and preferences.
The BluesNotes is an inexpensive advertising vehicle for reaching a large population of people with interests in music, especially Blues music! You can save by placing your ad in multiple issues.

All ads should be electronic camera ready, otherwise graphics production charges (paste-up) will be added at a rate of $60/hour with a minimum of $25. Call for additional sizes, rates and custom graphic production to suit your needs. The deadline for advertising is generally the 15th of the month prior to publication or the Friday prior to that if the 15th falls on a weekend. If the ad isn’t camera ready and we must do the production, the deadline is the 7th of the month prior to publication. Ads should be e-mailed to: cbastaff@cascadeblues.org.

NEW ADDITION! You can now reach more people by advertising on our website at www.cascadebluesassociation.org.  Banner ads, which are approximately 2” x 2” can be purchased at a rate of $50/month or if you advertise in the BluesNotes, your ad on our website is only $25/month!Terms: Payment is due upon receipt of invoice. All checks should be made payable to the Cascade Blues Association and submitted to the CBA, PO Box 14493, Portland, OR 97293-0493.

For June, we’re bringing a couple of acts that you may not be well aware of, but they’re making their marks around town and we think you’ll enjoy both sets a great deal. Sorry I missed last month while I was working the Blues Music Awards, and Wendy and Jon were both out of town on business, but I heard Merry did a terrific job hosting and J. Lofberg graciously helped out as Terry Currier was also unavailable. Things will be back to normal this time, though Terry will still be missing. 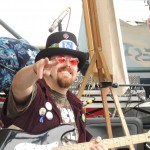 For our first set we will feature Justin James Bridges, a Texas-born guitarist now living in Portland. This past year saw him release three all original albums and two music videos, quite a hefty accomplishment for any musician, but it is the quality, diversity and originality that truly make his material special. Bridges has recently returned from a multi-month tour that took him to his native Texas and into California. An activist for legalization of marijuana, the tour titled the Cannabis Common Sense Tour found him performing at the Rainbow Bar & Grill on Los Angeles’ Sunset Strip and at two separate High Times Cannabis Cups. He is also a regularly featured performer at Portland’s World Famous Cannabis Café.

Our second set of the night will bring Holfar Blue to our members. The band has been playing the area since 2011 and quickly gained a loyal following for their eclectic mix of original songs, blending elements of blues, jazz and rock, as well as artful covers of classic blues and rock rarities. The band released their first full-length CD, Blue Suede Cadillac, in 2012 and followed that up with a four-song EP, You Need Truth, in 2013. 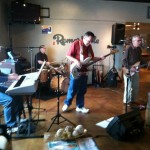 The band features guitarist Michael Houlberg, who began his musical journey playing in San Diego and Los Angeles before relocating to Portland. He writes the band’s songs from his own personal experiences, drawing on his observations of others and his imagination, often placing himself as the main character in his songs. “I don’t play “authentic” blues, even though I’ve schooled myself on it and enjoy it greatly,” Michael states.  “It just doesn’t feel authentic to me.  Muddy Waters can sing “I’m going down to Louisiana”, but I’ve never been there. ”

Also in the band are original member David Farrell, a classically trained keyboardist with a deep love for the blues and rock music. Former Portland surf band The Verbtones’ bassist Mike Tatro, and Brian Parks who comes from a long line of drummers in his family.

Get set for a fun-filled performance featuring music in a style that is based deeply in the blues, but also reflects their love for rock, R&B, jazz and Motown music.

In between sets we will do our free ticket drawing for everybody to have the chance to win CDs and concert tickets, while letting you know what will be going on in the area during the month. We will also have our multi-CD package tickets for sale and will draw the winning number midway into the second set.

As a heads up, make sure to mark your calendars for the July meeting that will take place the second Wednesday of the month because of the Waterfront Blues Festival happening the week before. That’s Wednesday, July 9th, still happening at The Melody Ballroom at the regular time. Don’t miss out!

The 2014 edition of the Cascade Blues Association’s Journey To Memphis, to select our representatives at the next International Blues Challenge, will take place on Friday, June 6th and Saturday, June 7th at The Lehrer. Twelve acts will compete before three judges, playing twenty minute sets and being scored in five categories (blues content, vocals, instrumentation, originality and stage presence), with the top two highest scoring acts each night advancing to the finals at the Waterfront Blues Festival on Friday, July 4th.

Over the years, the Cascade Blues Association has been privileged to send some of our region’s best performers, with several making it to the semi-finals and four acts that have reached the finals, two placing in second place overall. This year is another stellar year of exceptional acts that have entered, many old hats who’ve been involved in the Journey to Memphis and the IBC before, and some up and coming newcomers who will surely be making their mark as well.

Start times for the event will be 9:00 pm both nights. Admission is $10.00 each night (and that includes friends, family, wives, roadies, etc. of the acts performing as this is how we raise the money to be awarded to our winners). The Lehrer is located at 8775 SW Canyon Lane. They have a large dance floor, great sightlines and good food, so come on out and cheer on your favorites.

Schedule for each night is as follows: 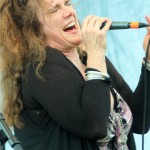 Southern Oregon’s Cee Cee James’ lyrics are given from the fire of her Blood Red Blues when performing and they allow her to bring the marrow of her bones, and then lay bare her soul to her fans to whom she has become a voice for their need to be raw, real and touch openly into their own aching truth of struggle and love. In her performances she keeps her fans riveted as she gives every last ounce of energy she has and then some, working to make the meaning of the songs come alive, bringing the stories to life with her arsenal of vocal power tools. Grammy Award winning producer Jim Gaines (Stevie Ray Vaughan, Buddy Guy, Santana, etc.) states: “Cee Cee James is one of the greatest blues rock singers out there today. She’s someone I call an ‘old soul.’  Cee Cee’s songs are wonderful stories of her life experiences, and backed by Rob’s strong Delta Roots/Blues Slide and Rhythm Guitar playing, they make a great team.  Her style reminds me of our classic early female blues and rock singers.  She’s very passionate about giving a great performance.”

Cee Cee James will be returning to Portland on Thursday, June 5th for a 9:00 pm show at Duff’s Garage, 2530 NE 82nd. Admission is $10.00. This is a Cascade Blues Association co-sponsored event, so bring your membership card and receive a $1.00 disc 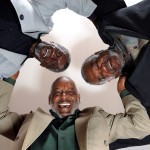 The Holmes Brothers will be appearing at Mississippi Studios, 3939 N Mississippi Ave, on Monday, June 2nd for a 7:30 pm show. Tickets are available through Ticketfly.com for $18.00 advance or at the door for $20.00 day of show. This is a 21 and over only event with mostly standing and some seating in the balcony.