All discs submitted must have been released after November 1, 2013. A committee set up by the Cascade Blues Association’s Board of Directors will listen to each submission and like the Journey To Memphis will rate each on a series of categories (blues content, instrumentation, vocals, art work and liner notes). Entries are only accepted by acts within the Pacific Northwest (Oregon, Idaho and Washington). We must receive your entry no later than October 1st. Please note, the entry that we submit to The Blues Foundation will require that we send them four copies of the disc for their judges. We will notify the appropriate act for the extra copies needed to send. 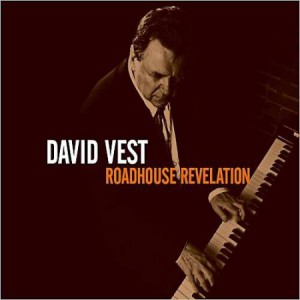 With every left jab you better expect a right punch. And Vest counter-punches excellently with Roadhouse Revelation, the follow-up to his Maple Blues Award nominated East Meets Vest CD. Once again he has reunited that successful grouping from the previous release, with Fathead’s Teddy Leonard hitting the strings on his guitar precisely as the song necessitates, while Downchild’s rhythm section of bassist Gary Kendall and drum man Mike Fitzpatrick deliver the groove. Together they’re known as The Willing Victims.

Vest also works out his typical piano plan. Work all of the keys, leaving no note unturned. He is a master of all piano styles and it often comes across as if it has not been done before, Vest will do it for certain eventually, and we’ll all learn from it. He falls into the same class as the masters. Albert Ammons, Meade Lux Lewis, James P. Johnson, Fats Waller, if they could lay down a boogie, Vest will match them and will raise them an extra 88 keys.

You name a direction on the keyboards, chances are very great that Vest takes them on within Roadhouse Revelation. He tackles the piano rolls of the greats from years past on “Streetcar,” taking us down a path not heard anywhere near enough nowadays. And Teddy Leonard’s guitar maintains the perfect rhythmic flavor of the bygone era to match Vest’s keys.

“Stand Your Ground” offers a Rolling Stones-like pattern on guitar that turns the burners up. While “Gone Too Far” revisits that soulful Memphis ground covered with a bit of country flair a la Jerry Lee Lewis. The country side of Vest continues to be seen within his cover of Hank Williams’ “Ramblin’ Man” as he even invokes a bit of yodel intonation on the track.

But deep down in his heart David Vest is a true-blue blues musician. He even tells you so as he sings about public servants who think more of themselves than those they work for in “Crooked Politician,” a number he co-penned with his late partner Paul deLay. He sings about the “low-down politician who takes money from the poor and puts it in his own pocket,” while informing you that “you can tell him that you heard it from a blues musician that a crooked politician is only concerned with his own condition.”

And the blues is very much at the core of “That Happened To Me,” again featuring Leonard’s stinging sharp guitar lines extenuating Vest’s key tickling in just the manner expected.

David Vest has been working his keys for more than fifty years, so maybe he is the answer to the question of “what makes grandma love grandpa so? He can still boogie woogie like he did fifty years ago.” Oh yeah, “He may have a mind full of trouble and heart full of rock and roll, nothing but the blues can satisfy my soul.” Thank God for that! David Vest has delivered another incredible album of delicious piano stylings. Long live the Boogie Piano King! 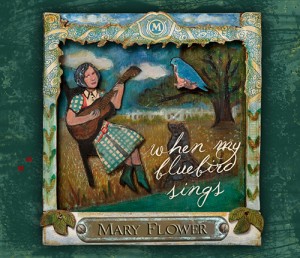 When My Bluebird Sings

When you talk with Mary Flower, you have that first impression that she is a kindly, sweet, mild-mannered person who would never lead you astray by what she tells you. She recently came up to me and handed me a copy of her latest CD, When My Bluebird Sings, and told me that it was unlike anything she had ever done before. A completely new direction for her.

“Sounds interesting Mary,” I told her, thinking where is she going here, so tongue in cheek I responded, “I’ll do my best to lie and tell tall tales about it then for a good review.”

Well, it turns out that Mary lied to me. It’s not a reggae album at all. And for her second lie, I don’t hate this disc. I love it! All of a sudden 10cc’s song “Dreadlock Holiday” seems to be going through my mind right about now with new lyrics, “I don’t like Mary’s CD, woah no, I love it!” That may be as close to reggae as we’re getting here. And let me say now, no lies were told in the writing of this review.

What we really have here is an outstanding disc of all original acoustic songs performed solo by Mary. That is the something new she referred to. But it is still the music you’ve come to love from her with fine storytelling that conjures up images of what she’s singing about.

There is a reason why Mary is a two-time Blues Music Award nominee. She’s just flat out good. Good did I say? I meant great. When My Bluebird Sings is equally blessed with songwriting that can bring forth visions of the tales she is relating, matched with brilliant instrumentals on both fingerpicking and lap slide guitar.

The album opens with Mary telling us that “So Far Doin’ Alright.” It may seem like a familiar path for her music, but listening to her sing with those soothing vocals, you believe her. How can anything go wrong in the charmed life detailed? God willing and the creek don’t rise of course. In “Delta Dream” she lays down another easy pace that fits the laid back vision of the Southern Louisiana life-style of the backlands and bayous. Portlanders can easily identify with “Bicycle” because on one side they can be seen as moving targets, while they can also feel empowered by being given their own lane in traffic. And Mary provides a bit of humor in her number “Can’t Take It With You” as she addresses hoarders and collectors. Keep your house in order, because you cannot take it with you when you go, and imagine what you’re going to miss out on when your friends hold that huge estate sale of all your worldly valuable personal possessions.

But along with the lyrics that catch on so well in these numbers, to me it is the beauty of the instrumentals on the album. It conjures up favorite solo acoustic guitarists of mine like Terry Robb, Leo Kottke or the late John Fahey. These tracks rate just as high as anything I’ve ever heard before. They’re exceptional and well presented. I’m not sure if I could possibly pick a favorite amongst them, I love the softness of “Millwood Waltz,” the sitting on the back porch comfort I feel from “Atchafalaya” or “Ragtag Rag” which in my mind may be one of the finest rags she’s ever written.

This is another superb outing from Mary Flower. And not a reggae number to be found. But you know, if she ever did decide to do such an album it’d have to be another stellar disc. We are talking about Mary now. 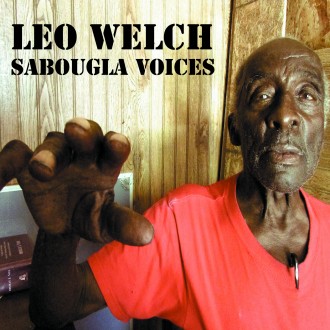 Leo Welch is a former bluesman, who now devotes his music to gospel. Mississippi hill country style. Never ashamed of his blues background, Welch told writer Wiley Prewitt that he looks at the blues as not an evil art form, rather an extension of one’s life and experiences. Those who enjoy the blues music of this region of Mississippi will find themselves nodding their heads and dancing along with Welch here. Regardless of what or who he may be singing about. Imagine if RL Burnside or Junior Kimbrough sang about praise to the Lord and you may have a good impression of what to expect here. Raw guitar lines with Welch’s deep vocals and the backing choir of the Sabougla Voices in almost a call and response pattern.

Not that Welch has not experienced his own share of blues highlights. He was once offered to audition for BB King, but could not afford the trip fare to get to Memphis. He gave up the blues life for the focus towards religion in 1975 and nowadays is seen not only in local churches, but also hosting his own local gospel television show.

The Sabougla Voices CD is Welch’s debut disc. At the ripe age of 81 takes those rhythms of his blues playing into the church. Produced by Bruce Watson and distributed by the guys from Fat Possum Records, Welch is deftly backed by first-rate musicians and one you may recognize, Jimbo Mathus on guitar. It may sound like the blues, but Leo Welch is definitely making a joyous noise for the Lord and it comes across quite righteous indeed. 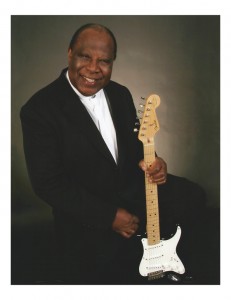 Referring to himself as “The Lowdown Dirty Blues Guitarist,” Bill Magee (then going by the name Willie) met a young guitarist by the name of Jimmy James. The two became good friends and formed the band Jimmy James and The Flames. James eventually moved to England, where he became better known as Jimi Hendrix, while Magee continued the original band under the name the Kansas City Playboys and toured Europe himself. The rest is history.

After a brief hiatus, Bill Magee began to feel the pull of the blues once again and came out of retirement. Now working out of San Diego, where he is one of the busiest blues artists on the scene, he is back to playing that authentic Southern blues.

Bill Magee will be appearing for one show only in Oregon on Wednesday, August 20th for a 6:30 dinner show at The Birk, located at 11139 Highway 202 in Birkenfeld, Oregon. So head on out and catch this original Mississippi bluesman who has worked alongside greats like Howlin’ Wolf, BB King, Muddy Waters, Otis Redding, John Lee Hooker, Bobby Bland and of course, Jimi Hendrix. 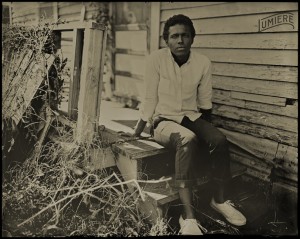 The Doug Fir Lounge presents a free patio show on Saturday, August 16th, starting at 6:00 pm, featuring New Orleans-based singer/songwriter Benjamin Booker. Booker’s sound has grown out of his old love of hardcore bands and his new life in the Big Easy. Embracing both Black Flag and the blues, he creates music with a fresh take on traditionally heavy genres. Audiences will be witness to a sound that’s urgent, emotional, and ball -breaking. It’s gritty like late 60s punk Detroit, but in the end, this is a young artist who’s a true blues man, whom The Independent newspaper has described as “frenzied guitar-strumming and raw, soulful vocals that are hair-raising in intensity.” This is a 21+ show only. 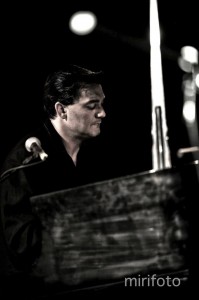 Jimmy Mak’s, Portland’s premier jazz and blues venue, presents The Blues Cabaret on Thursday, August 21st. This is a program featuring all original blues compositions by Dave Fleschner, which will feel right at home in the classic supper club environment of Jimmy Mak’s. This show will include one of the West Coast’s finest blues vocalists Earl Thomas, along with soloists from the Portland Gay Men’s Chorus singing music that brings the classic blues themes of love, lust, fear and betrayal to an off-Broadway atmosphere. 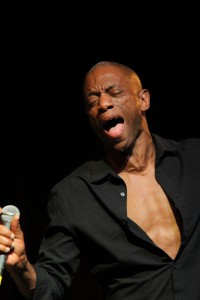 The show combines the grittiest elements of the blues with the nuance of jazz. The deep, understated grooves of Carlton Jackson on drums and Bill Athens on upright bass combined with the erudite nastiness of Alan Hager on guitar and Dave Fleschner on piano will make this an evening that takes the blues to its dirtiest lows and its most exhilarating highs.

Jimmy Mak’s is located in the heart of The Pearl District at 221 NW 10th. Showtime is 8:00 pm and admission is $12.00. This is a Cascade Blues Association co-sponsored event, so show your membership card at the door for a $1.00 discount. Reservations are highly recommended and can be made by calling 503-295-6542.