The sixth annual Soul’d Out Music Festival is set to hit the venues of Portland on April 14-20 with another stellar and diverse line-up this year. And there is plenty for blues lovers to get excited about as well, with numerous acts scheduled that’ll cross over between multiple genres. 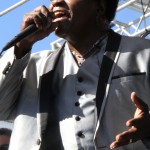 On opening night, April 14, The Roseland Theater, 8 NW 6th, Charles Bradley, “The Screaming Eagle of Soul,” will take command with his show-stopping performance of over the top soul stylings and deep gospel groove. Bradley started his career as a James Brown impersonator, but with two highly acclaimed recordings and a much praised showing at SXSW, he has been surging to the top of venue and festival wish lists everywhere, having appeared at recent festivals such as the Waterfront Blues Festival, Bonnaroo, Austin City Limits, and the Newport Folk Festival. Tickets for Charles Bradley are available through CascadeTickets.com, ranging from $25.00 to $38.50. This is a 21 and over only show. 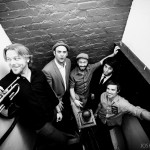 April 16 will see an act returning to Portland that has won the hearts of many fans over the past few years for their infectious brand of street music mixed with New Orleans marching beats — a little Southern soul mixed with Bay Area R&B. There will be a little bit of something that should appeal to all listeners and all ages. In fact, it has been said about The California Honeydrops that they don’t just play music, they throw parties. Led by guitarist/trumpeter/vocalist Lech Wierzynkski and drummer Ben Malament who had begun by busking in the underground BART subway stations in the Bay Area, the group is rounded out with saxophonist/clarinetist Johnny Bones, keyboardist Lorenzo Loera, and Bassist Beau Bradbury. They have released a handful of stellar recordings, the latest being 2013’s Like You Mean It. Fast becoming one of the most favorite live acts on the circuit today, get ready to move your feet and dance with The California Honeydrops. The Honeydrops will be appearing at Dante’s, 1 SW 3rd, for a 9:00 pm show. Tickets are $18.00 and available through TicketBiscuit.com. 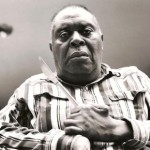 Delta blues legend CeDell Davis will be appearing at The Star Theater, on Saturday, April 18 at 9:00 pm. Having played the blues for more than 60 years, Davis tells the story of hearing Robert Johnson play on a porch in Helena, Arkansas when he was a young boy. He’d have to had been really young as Johnson had died before Davis reached his teens, but he states that he was inspired by Johnson to start playing the blues himself. Known as one of the most revered elder players in the Mississippi Delta, CeDell Davis is notable for his unique style of slide guitar using a kitchen knife. This event is a 21 and over only show. Tickets are available through TicketBiscuit.com for $15.00. 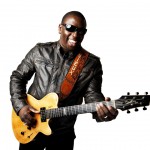 Though the headliner for this show, Dezarie, is a reggae artist, this should be a double-headed bill of note as she is joined by guitarist Vieux Farke Toure, who is affectionately referred to as “The Hendrix of the Sahara.” Born in Mali in 1981, his father was the famed African guitarist Ali Farke Toure, whose original native styles closely resembled the first music that developed into the blues in America. Vieux took on the music he inherited from his father shortly before his patriarch’s death and soon took on a different angle incorporating rock sounds, but still holding true with the bluesy notes at the same time. It is a fiery style of playing that will capture you. Dezarie and Vieux Farke Toure will perform on closing night, Monday, April 20, at The Wonder Ballroom, 128 NE Russell. Showtime is 9:00 pm. This is a 21 and over only event. Tickets can be purchased at TicketFly.com. Check with ticket website for prices to be announced.

All Access passes that will allow you to entry to all of these shows and others presented during the Soul’d Out Music Festival can be purchased through etix.com for $145.00.