On Wednesday, November 4, the Cascade Blues Association presented its annual Muddy Awards show at The Melody Ballroom. Hosted onstage by CBA President Greg Johnson and Vice President Wendy Schumer, the show announced various winners in twenty-two categories, including best performers, recordings, venues, and events of the last year, as selected by the members of the CBA. The biggest winner of the night was Rae Gordon, who took home three awards and was also inducted into the Muddy Award Hall of Fame for taking home the Duffy Bishop Female Vocalist of the Year award for the third straight year. Other highlights included first-time winners John Mazzocco, Andy Stokes, and Brian Foxworth, and a “Paul deLay” Lifetime Achievement award presented to the late Linda Hornbuckle. Linda’s close friends, Brian Foxworth and LaRhonda Steele, accepted the award. 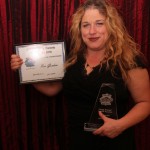 Congratulations go out to all the Muddy Award recipients and nominees!

Special thanks go out to the folks at The Melody Ballroom for providing their grand ballroom once again this year, JBL Productions for the stage work, lights, and sound; Affordable Trophies, Big Screen Productions, and Cedar House Media; Wendy Schumer for creating the slide show and program design; Greg Johnson, Jim Dorothy, and Tony Kutter for their photography; Cherie Robbins for assisting in handing out trophies on stage, Sandy Forst for working the door, and Brenda Docken for assisting with merchandise sales; and finally to the CBA Board of Directors for their work in making this event take place, and of course all of the presenters.

This years Muddy Award Recipients are: 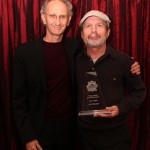 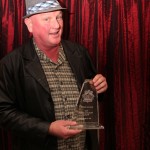 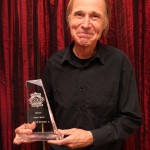 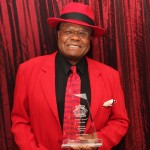 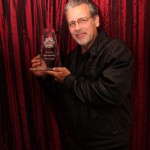 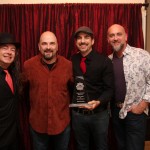 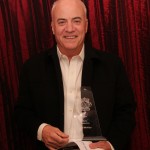 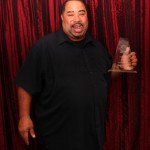 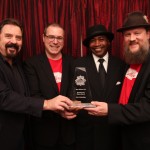 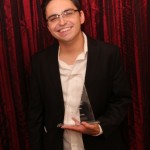 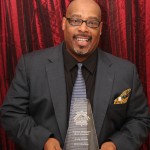