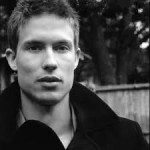 It has been seven years since Jonny Lang has last released a studio album. Titled Fight For My Soul, it follows up where his 2006 Grammy Award winning disc Turn Around left off. And with the new recording a massive tour across the country has been lined up with Lang making a return appearance in Portland at The Roseland Theater on Sunday, January 19th. For the past sixteen years, since his debut album Lie To Me first brought attention onto the then 16-year-old musician, Lang has built a strong reputation as a dynamic performer and stellar guitarist that has taken him from his hometown of Fargo, North Dakota to Minneapolis and the world. He has appeared onstage with musical heavy weights including The Rolling Stones, Aerosmith, Sting, BB King and Buddy Guy.

Showtime for Jonny Lang is 8:00 pm. Tickets are available throughwww.TicketsWest.com with prices from $26.50-$39.50. This is a 21 & older only show. The Roseland Theater is located at 8 NW Sixth Avenue.