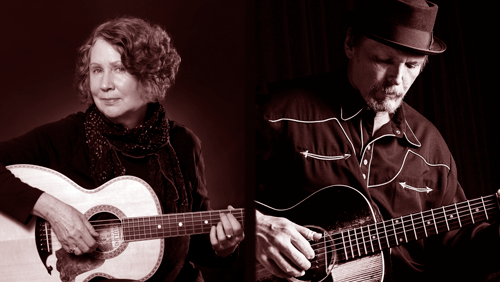 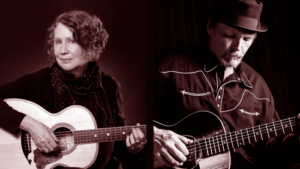 Mary Flower and Thad Beckman are two diverse yet overlapping talents, and they’ll team up for a double bill at The Lake Theater & Cafe, 106 N State St in Lake Oswego, on November 7. Each will perform individual sets and then will close the night playing together for a few songs that will surely create some magic in the theater.

Multiple Blues Music Award nominee, guitarist, singer, and songwriter Mary Flower is that rare breed of American roots artist. With a devotion to the art form that is both lovingly and historically accurate while steeped in a creativity that lends it vitality and energy, Flower’s music continues to evolve and flourish in an age of increasingly digitized and compressed music.

Thad Beckman, with seven solo recordings under his belt, has performed on Late Night with David Letterman and Levon Helm’s Midnight Ramble, and at The Kerrville Folk Festival, The Waterfront Blues Festival and countless other festivals, theaters, and clubs across The USA, Canada, and Europe.  John T. Davis of The Austin American Statesman describes Beckman as  “a voice that rasps like shoe leather on roadside gravel, and a finger-picked guitar on which notes fly by like railroad ties under a fast moving freight.” And Tom Russell simply calls him “one of America’s best guitar players and a damn good songwriter.“

This incredible twin-billed show will begin at 7:00 pm, with tickets available for $15.00 at https://laketheatercafe-com.seatengine.com.