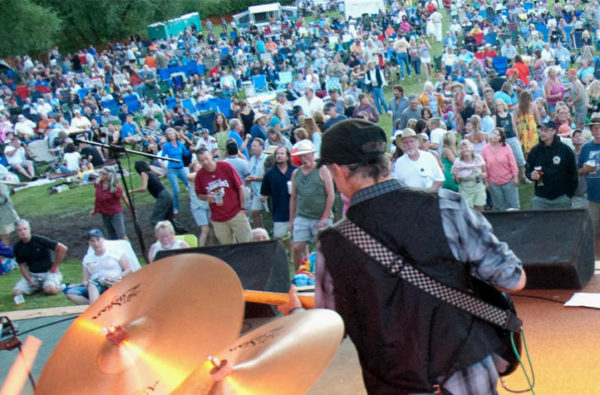 The Cascade Blues Association Muddy Award winning Bronze, Blues & Brews Festival will be celebrating its 20th anniversary in style with perhaps its strongest line-up ever! Located in Joseph, Oregon at the base of one of “Oregon’s Seven Wonders,” the Wallowa Mountains, this event will bring over twenty micro-brews on tap, Northwest wines, and some of the very best national and regional acts within the unique backdrop of Joseph City Park.

This year’s event will begin Friday, August 12 starting at 6:00 pm, with a jam night hosted by the 2016 International Blues Challenge winning band The Delgado Brothers, alongside Portland’s own harmonica favorite Franco Paletta.

Then on Saturday, August 13, the main festival will get underway at noon, starting with Australian bluesman Owen Campbell. The day will carry on with outstanding sets coming from Devon Allman; the Danielle Nicole Band; Harp Attack featuring Portland’s Mitch Kashmar and Franco Paletta alongside Memphis’ Brandon Santini; guitar master Chris Cain; and closing the night with the Sugaray Rayford Band.

Advance tickets are only $30.00 and can be purchased using PayPal at the event’s website bronzebluesbrews.com. Tickets at the gate will be $35.00 on Saturday. Kids 10 and under are free. Go to the website to check on lodging, camping, complete bios on the artists, and other information about the festival.