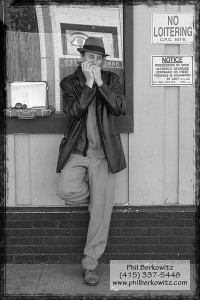 Phil Berkowitz and Eugene Huggins have been blowing blues harmonica around the San Francisco Bay area for a number of years and have toured across the country with a variety of renowned artists. They will be heading to the Northwest for a handful of shows throughout Oregon and Washington backed by a stellar grouping of fine musicians including multiple Blues Music Award nominee Bill Stuve on bass, in-demand Bay Area drummer Robi Bean, and Oregon’s own Ben Rice on guitar.

Phil Berkowitz has brought his unique & energetic musical style to audiences for a number of years, with his most recent CD, “All Night Party,” testifying to his talent and dedication as a seasoned performer. He has performed with many blues greats, including the likes of Danny Caron, Sean Carney, Mitch Woods, Duke Robillard, Steve Freund, Wendy DeWitt, Terry Hanck, R.J. Mischo, Kid Anderson, Kenny Blue Ray, Billy Branch, Frank Goldwasser, Jimi Bott & the late Gary Primich just to name a few.

The first Portland area performance for the tour will be a showcase at The Lehrer, 8775 SW Canyon Lane on Saturday, October 12th, starting at 9:00 pm. This show will feature special guest Lloyd Jones with the band.

On Thursday, October 17th at Duff’s Garage, 1635 SE 7th, it will be a North Meets South Harmonica Summit that will match Phil and Eugene up with Portland harp wizards Blues Music Award nominee Mitch Kashmar and Muddy Awards Hall of Fame member Jim Wallace. Showtime is at 8:00 pm and this is a Cascade Blues Association co-sponsored event, so show your membership card at the door for a $1.00 discount off the $10.00 admission.

On Saturday, October 19th, the band will be at the Fox Farms Vineyard Tasting Room, 602 E First, Newberg for a 7:00 pm show.

Other Northwest dates for Phil Berkowitz and Eugene Huggins:

A Benefit For Owen; Dec. 7th