You are here: Home1 / Past PDX Blues Event2 / The Birk Welcomes The Pete Anderson Band

Long considered one of the world’s best-of-the-best Tele-twangers, musical pioneer Pete Anderson has never been satisfied with 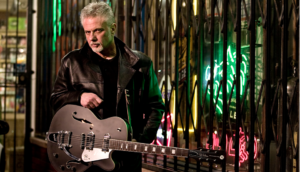 maintaining the status quo. The last 10 years has found Anderson focusing on his solo career, perfecting his craft, honing his musical vision, and fusing together blues and country to forge a style all his own. Well known as a pioneer in the roots-rock genre, he was an early champion of the Americana movement, where he had a hand in introducing the world to artists such as Lucinda Williams, Jim Lauderdale, Michelle Shocked and Rosie Flores. He is also a renowned band-leader who has appeared on “Saturday Night Live”, “David Letterman” , and “The Tonight Show,” was the musical partner of Dwight Yoakum and has played over 3,000 live shows in upwards of 15 countries around the world. Yet his focus as a solo artist has always been aimed at his first musical love, the blues.

Pete Anderson will be showcasing his guitar prowess for a performance at The Birk on Thursday, April 6 at 7:00 pm. The Birk is located at 11139 Hwy 202 in Birkenfeld. Tickets are $10.00 advance at Tickettomato.com or $15.00 day of show at the door.