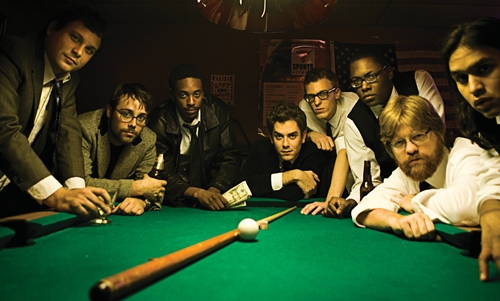 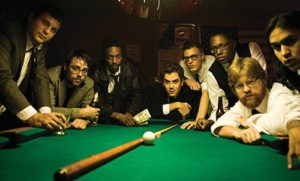 Hailing from Austin, Black Joe Lewis & The Honeybears’ music has been described as  the collision between Southern soul, Midwestern blues, and vagabond punk.  Compared to “The Godfather of Soul” James Brown and inspired by Howlin’ Wolf, Black Joe Lewis let his punk-flag fly on the group’s third studio album, Electric Slave, where he has honed their signature sound and perfected his gritty, shouting, and raw guitar riffs. Lewis refuses to confine himself to genre-defining boundaries and cater to only one of his many musical influences. Having plenty of women chasing, hard-knocks, and all-around good time tales to tell, he also always finds a way to make his tracks full of horns and blues riffs that rival the likes of rocker Iggy Pop.