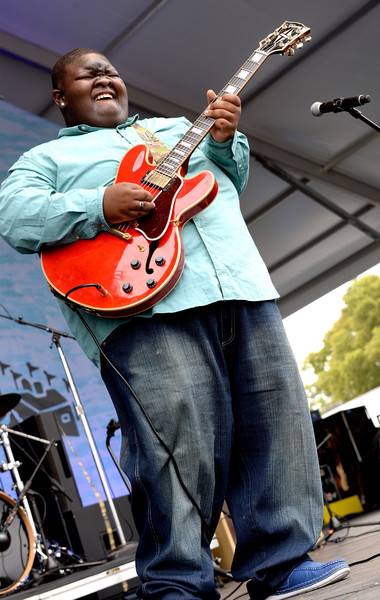 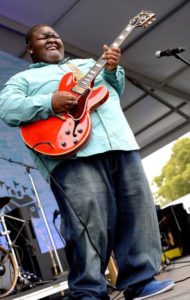 Unless you’ve been hiding under a rock or have not been paying attention to all the media about young blues phenom Christone “Kingfish” Ingram, it’s time to jump into your car and head down to The Birk for a true awakening. The stories are not hype — this is a musician who just may be the future of the blues. Sure, we’ve heard that before, but Kingfish follows a long line of Delta artists that have helped mentor and teach this young man properly, and he has heeded these lessons with both ears.

Born in 1999, Christone “Kingfish” Ingrtam experienced the sounds of gospel music in church, but he also took note of the great bluesmen of the region including Big Jack Johnson and Michael Burks. From the age of seven Kingfish has been studying music, first with drums, then bass, and now as an exciting, creative guitarist who has shared the stage alongside the likes of Buddy Guy, Guitar Shorty, and Bob Margolin. His influences are widespread, ranging from early blues musicians to southern-rock band The Allman Brothers, English blues-rocker Steve Marriott, and funk and R&B god Prince, all of whom have driven Kingfish to expand his own direction in the music he creates.

People everywhere are taking note of Kingfish, and he has appeared on numerous television shows, on festival stages across the country and into Europe, and even performing for President Obama. On Friday, July 8, Kingfish will join Jeff “Drummerboy” Hayes and local musicians to take the stage at The Birk for what will surely be a full house. This show will start at 7:00 with tickets available through Tickettomato.com for $20.00 advance and $25.00 day of show at the door. The Birk is located at 11139 Hwy 202 in Birkenfeld. Don’t miss out on a performance that will certainly be talked about for some time to come!