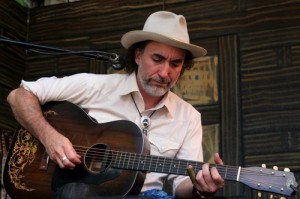 Here’s an exciting night happening at Mississippi Studios on Sunday, December 28th, featuring three fantastic popular blues-roots acts from the Portland area. Headlined by guitar/banjo master Joe McMurrian, the night will also present some old-time roots music by the Smut Jellyroll Society and The How Long Jug Band. Tickets are $8.00 – $10.00 and available through TicketFly.com. This is a 21 & over only show. Mississippi Studios is located at 3939 N Mississippi Avenue. Showtime is 8:00 pm.

The Smut City Jellyroll Society plays music from the 20′s and 30′s, blues and early jazz from folks like Bessie Smith, Blind Blake and Blind Boy Fuller, Ma Rainey, Big Bill Broonzy, Harlem Hamfats and the Mississippi Sheiks among others. The sound is energetic and great to dance to, and the songs can be a little bit on the risque side. They also perform some original material in the style of the period.

The How Long Jug Band

Jug bands can play a variety of different genres, including blues, early jazz and ragtime. More than the songs they play, jug bands are defined by their use of homemade instruments — trading drums for a washboard, trumpet for kazoo and tuba for jug. The How Long Jug Band has been upholding this tradition with performances in and around Portland for four years. They recently released their second album, Skoodle Um Skoo.