You are here: Home1 / PDX Blues Event2 / Brothers And Sister Recreate The Music Of The Allman Brothers – July... 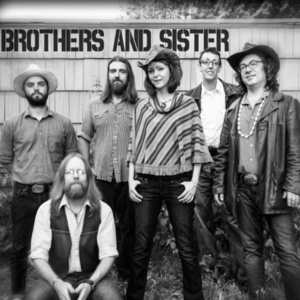 The Allman Brothers were one of the most awe-inspiring live bands of all time, and they were at their creative height in the early 1970s when they released one of the rock era’s seminal live albums, Live At The Fillmore East. Led then by brothers Gregg and Duane Allman, they inspired countless bands with their blues-based, Southern rock inspired material. Such inspiration was behind the creation of one of Portland’s favorite tribute acts, Brothers and Sister, who will be reforming once again for a rare appearance at the Doug Fir Lounge on Thursday, July 14.