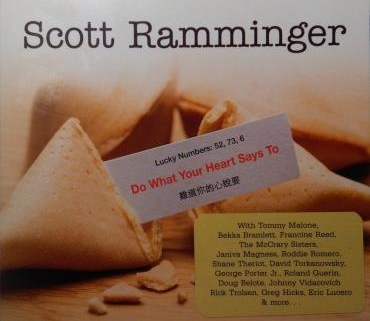 Do What Your Heart Says To
Arbor Lane Music 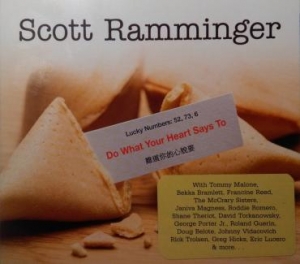 Saxophonist Scott Ramminger may live and work in the Washington, DC area, but his musical soul lies directly in New Orleans. His songs are filled with the jumpy, second line and jazzy feel associated with that Southern city. And with his latest release, he fills his music with the authenticity of some of New Orleans’ most renowned players to give it that added lagniappe.

Fourteen tracks, all originals written by Ramminger, make up his latest release, Do What Your Heart Says To. The core band, aside from Ramminger on tenor and baritone saxophones and vocals, include guitarist Shane Theriot, George Porter Jr on bass with Roland Guerin taking the role on two tracks, Johnny Vidacovich and Doug Belote splitting time on drums, David Torkanowsky on keys, Roddie Romero on accordion, and horn players Rick Trolsen, Greg Hicks and Eric Lucero. The recordings for the disc were handled in Louisiana, Virginia and Tennessee.

Ramminger’s voice is featured on all selections, but on most he is accompanied by a cast of stellar singers bringing forth an even greater dimension to his music. It’s hard to argue when you throw in people like Janiva Magness, Bekka Bramlett, Francine Reed, The McCrary Sisters and The Radiator’s Tommy Malone to help vocalize your material.

It has been four years since Ramminger last put out an album, 2013’s critically acclaimed Advice From A Father From A Son, but that lapsed time has been well worth the wait. Whatever your mood, you should find something to enjoy with Do What Your Heart Says To. There’s a bit of funky on “Give A Pencil To A Fish,” slow blues with Shane Theriot laying down some biting string-work along with Torkanowsky’s deep organ on “Winter Is Always Worse,”a Mardi Gras parade with “Mystery To Me” or the relaxed soulful piece “My Girl For Life. This album is straight ahead enjoyable start to finish. Ramminger has once again delivered a very welcome, feel good disc of top-rate songwriting and performing. 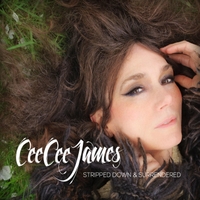 When it comes to songwriting, it should go without saying that the very best music comes through when it is honest and has been experienced. Especially with the blues. It is about life and its lessons. It’s love lost and found. The trials and tribulations that the story-teller is bringing across are authentic. It’s something that is meaningful and shows that you are worthy of relaying your message despite whatever anybody else may think.

With Cee Cee James, she has experienced more than her share of ups and downs in life. So you know that what she sings is quite often biographical and she has proven over and over again that she has a right to sing the blues. Her lyrics reflect the pain of loss and also the newfound purpose in life she has with new love found. Hers are songs directly from her heart, which is why they are so poignant and truthful.

Her latest release, “Stripped Down & Surrendered”, is no exception to the path she has pursued with her career as of late. Following a nice string of acclaimed recordings, this may be her best yet. It is emotive, with her voice taking on searing intenseness at times and soft and endearing at others. She lets you know that life has taken her to the edge, but she’s ready to turn the page and move on positively. As she states in the song “So Grateful” of her past pains and where they have led her: “So grateful for all the hurt / Bringin’ me to the center of my earth / Double me over into the womb / Brought me home to a brand new birth.”

The message is doubled in the musical presentation on Stripped Down & Surrendered with the extremely passionate guitar playing of James’ husband Rob “Slideboy” Andrews. It is brought about perfectly to enhance James’ lyrics with an extra feeling that touches your senses with each number.

Stripped Down & Surrendered finds Cee Cee James standing upon her mountain of past suffering and she has found a healing guidance that has her looking toward a bright new beginning. And she has produced a masterful collection of songs that will help lead you gladly along beside her. 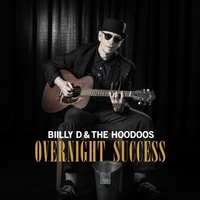 The long awaited follow-up to Billy D & The Hoodoos’ 2013 debut album Somethin’s Wrong has finally arrived and it is filled with the same catchy songs with their bare-boned, rock-inflected riffs that made that first release so well received. There’s a lot of power behind the trio of guitarist Billy D, drummer Scott Van Dusen and bassist Joe Casimir who know how to bring across a message without overstating their instruments’ voices and that is clearly evident on the new album, Overnight Success.

Growing up in Chicago obviously influenced Billy’s musical path, blending the city’s thriving blues scene with the very best of the rock music that captured his ear during his youth. It is reflected on numbers like the very Chuck Berry-esque “Can’t Get Over You” or “It Must Be Love” with a shuffle that’d make Bo Diddley proud.

Billy’s songwriting has always been impressive, catchy and memorable. For example, in the sad, softly played “Love Me Forever,” he can’t help but grieve for a love that he knows is slipping away from him, wishing for yet another moment when she felt that he was the one: “you don’t have to love me forever, just love me now.” Or the slide guitar track with the shoo-be-doo background of “Can’t Take It Anymore” where his partner may say one thing but acts in a different manner: “you tell me that you love me, you tell me that your love is true, but when I see you running around every night, tell me what am I supposed to do?” His answer of course is to show himself the door on the relationship.

A real surprise on the disc is the short instrumental number “Mornin’.” It is refreshing with something of a Caribbean feel with a Ry Cooder-like slide guitar style.

The album closes with a strong performance of Willie Dixon’s classic “Back Door Man.” It is the only non-original on the album and a tremendous way to close things out.

It may have taken several years between recordings, but you don’t want to mess with art. Get it right before letting it loose on the public. That’s exactly what has happened here. Overnight Success has been given the right amount of creativeness and timing to bring it to its perfect result. Another amazing release from Billy D & The Hoodoos!