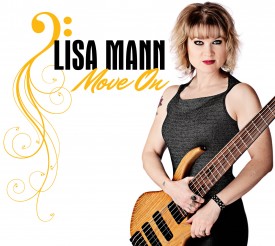 consideration of being selected as our entry in The Blues Foundation’s Best Self-Produced CD competition. Each of the discs were judged on the same categories that they will be scored on by committees in Memphis: blues content, talent – instrumentation & vocals, sound quality, liner notes and art work. The eight entries we received were: Ashbolt Stewart – Beats Workin’, David Pinsky & Phil Newton – Over The Moon, Gabriel Cox –Gabriel Cox, Lisa Mann – Move On, McFadden Planet – Stories, Robbie Laws – Between The Lines, Tess Barr – Do What You Want, Tommy Hogan – Howl Like The Wind. The scoring was very close, but in the end the committee selected Lisa Mann’s – Move On. Copies of Lisa’s disc were sent to Memphis where it will face a series of up to three panels of judging to potentially reach the final five discs, with the overall winning CD being announced at the finals of the International Blues Challenge in The Orpheum Theatre on January 24th.