You are here: Home1 / 2017 March2 / Corey & the Tribe Presenting A Diverse Taste Of Musical Styles 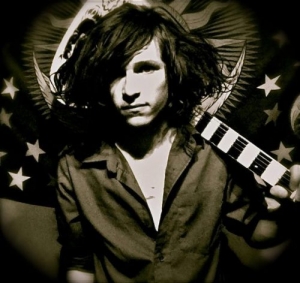 Guitarist and songwriter Corey Kennedy has been described as an alternative, punk, blues, folk, indie artist hailing from Akron, Ohio. That covers a lot of ground in one breath, which only goes deeper with his own description of his act on his Facebook page, “If Jim Morrison and Jack White got white girl wasted at a dive bar in the afterlife, and sang ‘Missed The Boat’ by Modest Mouse, the squeaky and slurred mumbles would be somewhat similar to the anxious blues tone that is Corey & The Tribe. Sifting in between the sheets of blues and rock, remnants of the old times and the modern age of sounds have been married into an anxious foot tapping frenzy.” This is truly an eclectic presentation of music that just may have a little flavor for everyone.

Rock the Village – Rich Layton & The Troublemakers with special guest...
Scroll to top