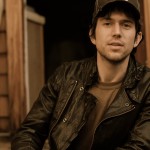 David Jacobs-Strain is a fierce slide guitar player, and a song poet from Eugene, Oregon.  He’s known for both his virtuosity and spirit of emotional abandon; his live show moves from humorous, subversive blues, to delicate balladry, and then swings back to swampy rock and roll.  It’s a range that ties Jacobs-Strain to his own generation and to guitar-slinger troubadours like Robert Johnson and Jackson Browne.  “I try to make art that you can dance to, but I love that darker place, where in my mind, Skip James, Nick Drake, and maybe Elliot Smith blur together.”

Those of us in the Northwest have watched David Jacobs-Strain grow from a teen-aged blues guitar prodigy to the sensational musician he is today, touring across the country and from Australia to Switzerland. He has performed at many of the most prestigious festivals and venues including The Kennedy Center, MerleFest, Telluride Blues Festival, Philadelphia Folk Festival and has worked as an instructor at both Jorma Kaukonen’s Fur Peace Ranch and Centrum Port Townsend.

David Jacobs-Strain will be returning back to his home state in January where he will be performing at the Alberta Rose Theatre, on Friday, January 9th, for a 8:00 pm show. Tickets are $15.00 advance and $17.00 day of show and may be purchased at www.albertarosetheatre.com. Minors are welcome when accompanied by a parent or guardian. To make this an even more special event, David will be recording this performance for an up-coming live album and will be joined by local artists Bob Beach and Anne Weiss. Opening the night will be New York-based folk and blues solo artist Ara Lee.