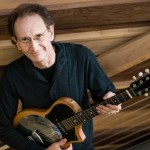 Head out to Vie de Boheme on Friday, October 10th, for what is certain to be an incredible evening of great music as two of Portland’s favorite musicians join forces. Well, one Portlander and a former local. Terry Robb, the Cascade Blues Association Hall of Fame Muddy winner for acoustic guitar and 2009 inductee into the Oregon Music Hall of Fame, will team up with one of the great boogie players of our time, David Vest, the multi-Maple Blues Award winning pianist and former Portland resident now living in British Columbia. This pair matches up well, as Terry Robb can pretty much do whatever he wants on a guitar and David Vest can make a piano’s keys talk in volumes. Performing with Robb and Vest will be Terry’s rhythm section of drummer Dennis Carter and another CBA Hall of Famer Albert Reda on bass. 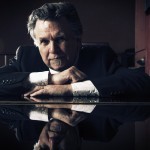 For those living in the Columbia River Gorge area and cannot make it into Portland for Friday night, the group will be performing Thursday, October 9th at 7:30 pm at the Dalles Civic Center, 323 East 4th Street, The Dalles. Admission TBA.