You are here: Home1 / Northwest Festival2 / Ilwaco Blues and Seafood 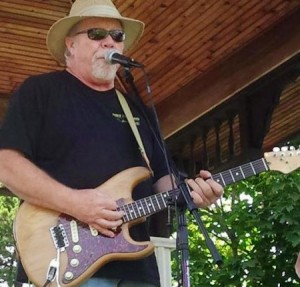 The Ilwaco Blues and Seafood event returns for their 2013 version which may just be the strongest line-up yet in the event’s history. Happening Friday, August 16th and Saturday, August 17th at the Port of Ilwaco in Ilwaco, Washington.

The Robin Gibson Band with featured guest Kenny “Blue” Ray will open up the festival on Friday night followed by the North Coast Blues Band and our famous All Star Jam with the Heartbreakers, featuring a terrific line up of the Northwest’s premier female blues singers including Lucy Hammond, Rae Gordon, Lady A, Lady Kat True Blue, Maggie Kitson and Mary McPage.

Saturday night kicks off with Muddy Award Hall of Famers Kevin Selfe & the Tornadoes. He’ll be followed by The Strange Tones, who will be bringing the Volcano Vixens along to help blow the roof off. The original NW Boogie Cat, Norman Sylvester, is back by popular demand and promises to have everyone up & dancing. And the night will close with this year’s headliner, one of the world’s greatest blues artists, Coco Montoya. This is a show you just can’t miss.

The Food Court has expanded, with lots more delights from Peninsula Seafood providers. And, of course, there will be Micro Brews, Regional Wines and BBQed Oysters from Willapa Bay.

Blues Stains On My Hands: A Celebration Of 30 Years Of The Norman Sylvester Band: Oct 12 @ Jimmy Mack’s

What’s on Tap for the August General Membership Meeting . . .Let’s Help Get Tevis Hodge Jr to Memphis for the International Blues Chal...
Scroll to top