Jackie Greene is a multitalented artist with an uncanny knack for synthesizing his deep affinity for American roots styles into timeless, personally-charged music. Armed with a persuasive voice, vivid songwriting skills, and an instinctive mastery of several instruments, 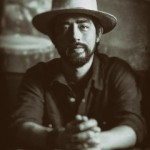 Greene has been a mainstay on the festival circuit since first breaking out during his teens. In his early years he could be found opening for major tours with artists like BB King, Buddy Guy, Susan Tedeschi, and Taj Mahal. More recently, Greene’s been performing in super groups Trigger Happy (with Joan Osborne and Steve Gorman), and WRG (with Bob Weir and Chris Robinson).

Currently on tour to support his first album in five years, Back To Birth, Jackie Greene will be playing in Portland’s Wonder Ballroom, 128 NE Russell Street, for a 9:00 pm show on Thursday, September 10. This is a 21 & over only event, with tickets on sale through TicketFly.com for $20.00. Opening for Greene will be California-based artist Lauren Shera.