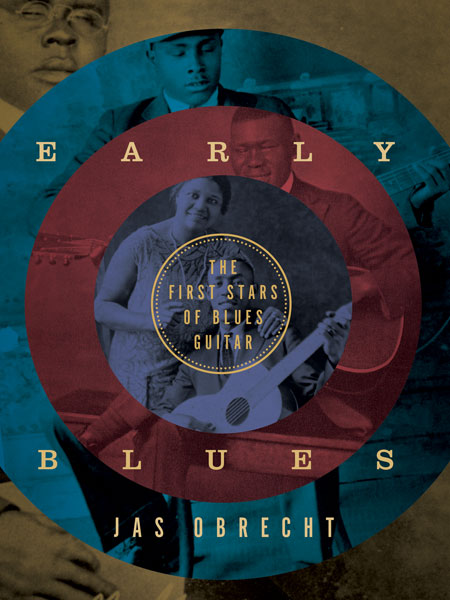 Much like baseball, the origins of the blues often lie along the crossroads of a hazy and mythic history. Fortunately though, Jas Obrecht’s handsome little book, Early Blues: The First Stars of Blues Music, lifts the mist a bit and shepherds us through the lives and musical biographies of nine of the foundational guitarists for what we now call “blues music.” 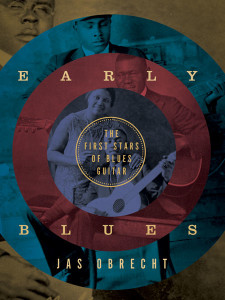 Combining perceptive musical analysis with tight, frugal storytelling, Obrecht, a former staff editor for Guitar Player and a well-established music journalist, traces the roots of the blues through the musical development and recording history of early innovators such as Sylvester Weaver, Blind Blake, Lonnie Johnson, Blind Lemon Jefferson, and Mississippi John Hurt. Throughout his book, Obrecht occasionally questions the popular myths of these musicians’ lives as well. For instance, he reveals the oft-told story of Blind Lemon Jefferson freezing to death at the age 45 on the streets of Chicago as a fable (see Francis Davis’s The History of the Blues, page 95, for a retelling of this tale) — apparently heart failure was the real culprit, not exposure.

Obrecht adds to the mix many insights from contemporary musicians — Albert King, Ry Cooder, and John Hammond, Jr all contribute to the book — to show the influence of these guitarists’ musical approaches and playing techniques. Obrecht also includes a number of illustrations, often depicting racial stereotypes, from record companies advertising copy and promotional information for what was then often referred to as “race records.”

While the research in the book is extensive and impeccable, the only slight quibble I’d have with Early Blues lies with its structure. Each chapter reminds me a bit of thoroughly researched liner notes for each musician, and this threatens to erode the book’s narrative momentum. Yet, this is a small complaint; taken as a whole, Obrecht’s book provides an excellent primer for anyone, from casual fan to hard-core aficionado, interested in the cultural and musical world that birthed the blues and its first guitar heroes. It’s an impressive home run.