You are here: Home1 / Cascade Blues Note2 / Jim Miller, Portland Loses One Of Its Closest Friends In The Music Com... 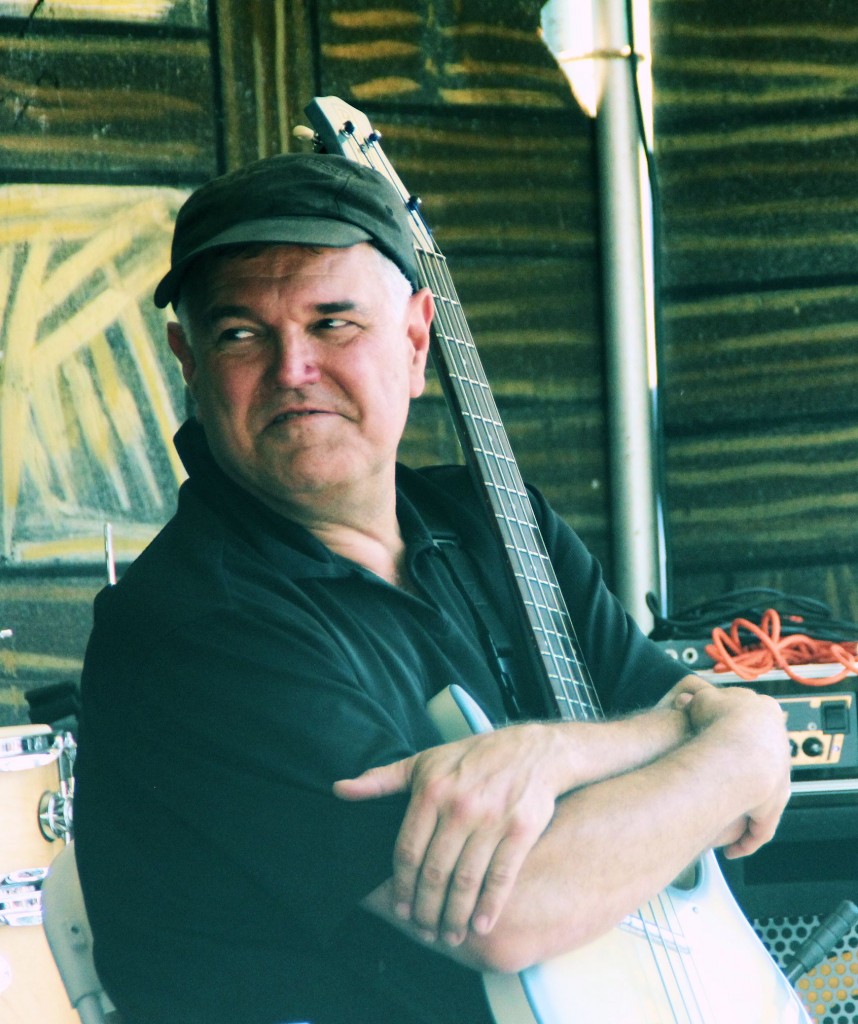 James “Jim” Miller had his hands in many fires within the Portland music community over the years. He was always on the look-out to bring joy and accomplishment through the power of music. Whether he was playing himself, assisting other artists, producing major events or bringing the healing effects to those in care facilities or senior centers, he was always willing to give his heart and commitment without a thought of receiving anything in return but smiles from those he touched.

Many people who did not have a chance to know Jim very well may only recognize him for his bass duties with various bands, or as the production manager at the Waterfront Blues Festival. They may be unaware that he was the first president of the Portland Musicians Association, a co-founder of The Bite of Portland, a founding member of The Mystic Krewe of Nimbus, and the creator of Golden Harvest Music that brought live music to those in assisted living and care facilities. That he played with numerous local acts including stints with The Cannonballs, The New Iberians, Atomic Gumbo, Jaime Leopold & The Short Stories and as a duo partner with Franck Goldwasser. Or that he worked or played at one time with each of the following national acts: Iron Butterfly, The Nelson Riddle Orchestra, Albert Collins, Ella Fitzgerald, Glenn Campbell and BJ Thomas. He supported many music organizations, including the Cascade Blues Association and had served as a band leader for the Muddy Awards All Star Band and helped create a screen saver featuring CBA Hall of Fame artists and Heroes of the Blues honorees.

Jim Miller passed away in a coma on December 24, 2013, due to the effects of a heart attack ten days earlier. He leaves behind his life partner Wendy, his personal family and his enormous extended family in music. In tribute to Jim, guitarist Franck Goldwasser has released for download on bandcamp.com, a collection of fourteen songs the two had recorded in 2010, called Social Moments. Proceeds from the downloads of this recording will aid Wendy with immediate expenses.