You are here: Home1 / Past PDX Blues Event 20132 / John Hiatt & The Combo and The Taj Mahal Trio at the Oregon Zoo 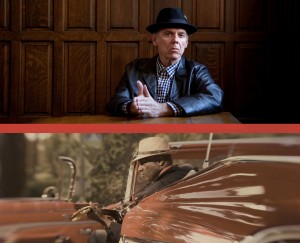 On Friday, August 8th, the Oregon Zoo will offer one of the biggest twin bills of the summer happening in the Portland area as they welcome John Hiatt & The Combo paired with The Taj Mahal Trio.

Grammy winning singer/songwriter John Hiatt has been performing for more than thirty-five years and his music has been covered by artists as diverse as Bob Dylan, Bonnie Raitt, The Neville Brothers, Jeff Healey, Willie Nelson and Buddy Guy. A recipient of the American Music Association’s Lifetime Achievement for Songwriting, he is best-known for songs such as “Thing Called Love,” “Angel Eyes” and “Riding With The King.” The Los Angeles Times once stated, “(Hiatt) writes the funniest sad songs – and the saddest funny songs – of just about anybody alive.”

Composer, multi-instrumentalist and vocalist Taj Mahal is one of the most prominent and influential figures in late 20th century blues and roots music. Though his career began more than four decades ago with American blues, he has broadened his artistic scope over the years to include music representing virtually every corner of the world – west Africa, the Caribbean, Latin America, Europe, the Hawaiian islands and so much more. What ties it all together is his insatiable interest in musical discovery. Over the years, his passion and curiosity have led him around the world, and the resulting global perspective is reflected in his music today. A nine-time Grammy nominee and two-time winner, Taj Mahal always holds a gripping show every time he takes a stage.