You are here: Home1 / CD Review2 / John Nemeth And The Blue Dreamers 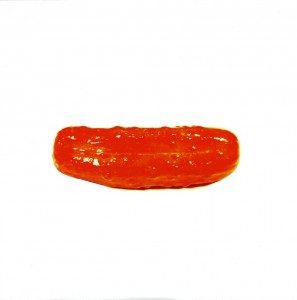 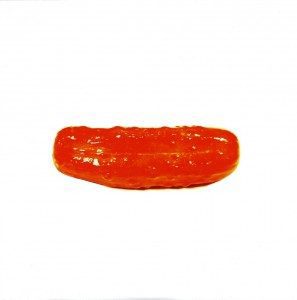 You won’t find John Nemeth’s new album on the shelves at your local record store or available through CDBaby, on Amazon or anywhere else on line for that matter. If you want it, you’re going to have to purchase it directly through him, most likely at one of his performances. Disenchanted with the sales and download accessibility of his previous releases on the internet, including his acclaimed recording Memphis Grease that should have flown off the shelves (well, as much as a blues disc might nowadays), he decided to sell his latest release Feelin’ Freaky, through the old school means of self-distribution. That is to say directly from John at one of his shows. And it’s more than worth picking up if you have that chance. John Nemeth at his routine top notch best. What else would you expect?

Feelin’ Freaky was recorded with production and engineering from Luther Dickinson, Kevin Houston, and Boo Mitchell at both Zebra Ranch and Royal Studios. Nemeth penned eleven original tracks that present his always soulful voice and tremendous harmonica licks. Assisting on the musical end was a top-flight band, most who are working with him on the road, called The Blue Dreamers: Johnny Rhoades on guitar, Danny Banks on drums, Matthew Wilson hitting both bass and guitar with Art Edmonson and Marc Franklin providing horns and Charles Hodges on Hammond for a trio of tracks.

That soulfulness is captured right out of the gate with the opening number “Long Black Cadillac.” There is kind of a Robert Cray feel behind the emotional number as Nemeth mourns as that titled vehicle takes his baby away. You can feel his pain. That pain is still evident in the next number, “Rainy Day,” as nothing seems to be there to bring him happiness after losing his love. The number seems to show that Nemeth has learned a lot about his adopted home of Memphis as this one could’ve been released during the city’s early-70s period of hit soul releases.  With the next track the mood picks up, though it is still rough being  “Under The Gun,” as he explains that it really hard living the blues, so stick a fork in him as he is done. Back on his Name The Day! album, Nemeth asked the question, “Do You Really Want That Woman?” Well, he shows he really does with a follow up here titled “You Really Do Want That Woman,” as he lets you know he’s ready to give up on his vices and change his ways just for her. “My Sweet Love” is a tender piece that has a catchy rhythm to it with his crisp harmonica setting the tone as he talks about everything that his love means to him. Nemeth grabs his chromatic harp as he belts out “Feelin’ Freaky,” and it makes you want to jump and dance along. Certainly a stand-out offering on this excellent disc. Looking at the cover of Feelin’ Freaky you might wonder what’s with the red pickle pictured? Well, it’s all answered in his song “Kool Aid Pickle,” where he finds himself with life going from sweet to sour to wrong. Closing out the album is “S T O N E D,” a song he told me he came up while driving somewhere between gigs in Indiana or perhaps somewhere else in the Midwest. It is another reflection on how he feels as a performer and what his music can bring him.

Overall, Feelin’ Freaky is exactly what you would expect from John Nemeth. It is filled with great tunes and musicianship. The type that has brought so many accolades and awards his way. It proves once again that he is one of the best artists working and at the peak of his creativity that doesn’t seem to see any downhill in his work anytime soon. Make a point to catch John Nemeth live. You’re always going to walk away smiling and it’s the only place you’re able to get yourself a copy of this outstanding recording; at least for now. Exceptionally amazing once again!