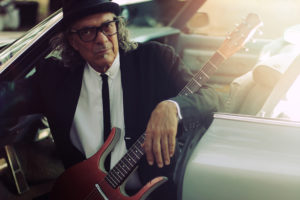 For four decades, Johnny Nicholas has showcased his consummate musicianship and vocal skills, having graced live music scenes across the country and abroad. The list of legendary musicians with whom he worked and performed alongside reads like a who’s who for blues and roots music, including people such as Mississippi Fred McDowell, Howlin’ Wolf, BB King, Muddy Waters, Willie Nelson, Eric Clapton, and Bonnie Raitt, among many others. In fact, he gave guitarist Ronnie Earl his first gig, letting him play in his then band Guitar Johnny and the Rhythm Rockers. Nicholas also spent time as the lead vocalist and multi-instrumentalist for the Grammy Award winning band Asleep At The Wheel.

“Johnny Nicholas is one of the best bluesmen ever, black or white.” ~ Stephen Bruton 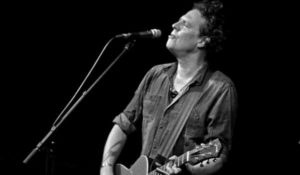 Jud Newcomb is a Mississippi boy who hit Austin in the late eighties as a young guitar virtuoso, and has since evolved into a pillar of the local scene. He became the go-to guitarist in the music city for both studio and on-stage work. He can play anything, with anybody, at any time, and when it comes his turn you’ll want to hear every phrase, every nuance, every lick. He’ll close his eyes and slip somewhere far away, and the beauty will just pour from his fingers like praise from a mother’s lips.

Johnny Nicholas is scheduled to also appear at the Sunday Night Honky Tonk show at The Fixin To, 8218 N Lombard Street, on Sunday, January 22. Contact the venue for further information at 503-477-4995.

Seth Walker Returns To Portland With Show At Duff’s Garage