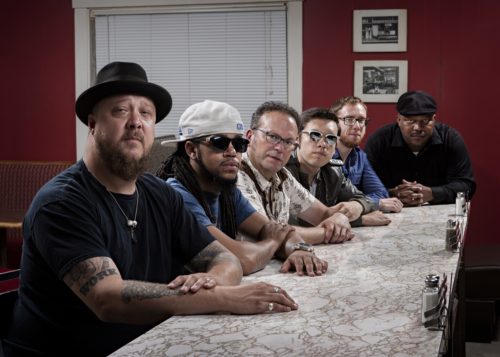 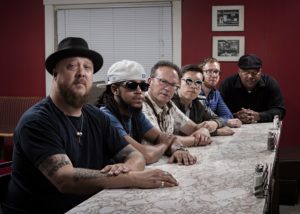 “If James Brown and Otis Redding had a love child, it would be Josh Hoyer. The Lincoln, Nebraska soul shouter and his band of merry soulsters, Soul Colossal, deliver a sound so big, so funky, so wring-the-sweat-out-of-you energetic that it reaches through the speakers and shakes you until you start moving to its groove.” – No Depression

Hoyer formed Josh Hoyer and Soul Colossal in 2012 in famed blues town Lincoln Nebraska. The award-winning, six-piece band includes some of the area’s most revered and accomplished musicians. Inspired by Stax and Motown, and echoing the styles of New Orleans, Philly, and San Francisco, the band continuously crosses musical boundaries both in style and era, and joins forces each show with a common goal – to have the crowd dancing so much they forget even their smallest troubles. Josh Hoyer & Soul Colossal’s combination of soul, funk and R&B is in a word, electric. Best displayed in their high-energy live show, the blend of Hoyer’s honest lyrics and his soulful (sometimes in-your-face) vocals merge with his top-notch band to create an undeniable chemistry.

Following what will surely be a couple of dynamic appearances at the Safeway Waterfront Blues Festival  over the July 4 weekend, you’re going to be begging for more from this hot rising band. Well, you’ll be able to catch them one more time in Portland at the Alberta Street Pub, 1036 NE Alberta Street, on Tuesday, July 5. Contact the venue for show time and tickets. Opening the night will be Portland’s own psych-folk-rock band, The Pining Hearts.