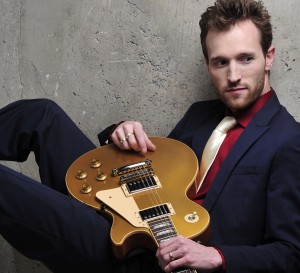 Canadian bluesman JW-Jones is a sensational performer with award winning vocals and whose guitar stylings have been compared to the likes of T-Bone Walker, Johnny “Guitar” Watson and Clarence “Gatemouth” Brown. Constantly on tour, the band has played in 19 countries, 4 continents and has released seven albums including their most recent, Seventh Hour, that reached the #1 position on BB King’s Bluesville on Sirius XM Radio. A winner of Canada’s Maple Awards, JW-Jones has received high praise from the likes of Little Charlie Baty who said, “JW-Jones is one of the young guns in the blues guitar world who consistently delivers the goods on record and on stage,” and Charlie Musselwhite who stated, “JW Jones is one of the best guitar players I’ve heard in a long time. He and his band do great tunes with cool arrangements and I love listening to them. They play with taste and fire at the same time.”

It has been a few years since JW-Jones last performed in Portland at the Waterfront Blues Festival, so his upcoming show at Duff’s Garage on Tuesday, October 22nd is long overdue. Admission is $10.00 and this is a Cascade Blues Association co-sponsored event, so show your membership card at the door for a $1.00 discount. Showtime is 9:00 pm.