You are here: Home1 / PDX Blues Event2 / Karen Lovely and Jonn Del Toro Richardson – Together For One Night... 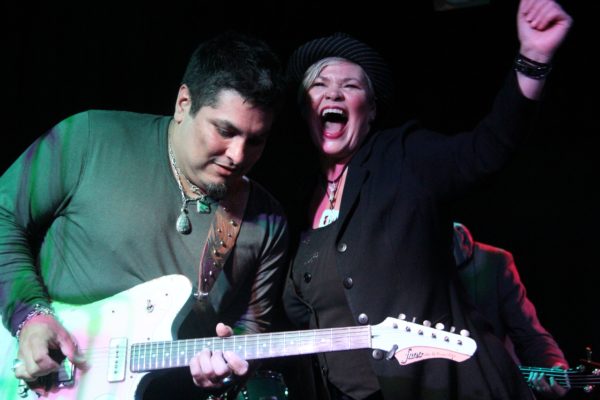 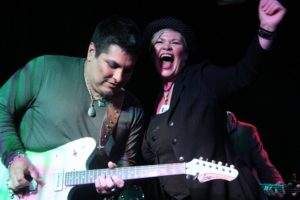 There is one thing for certain regarding the International Blues Challenge — the people you meet there often become life-long friends. Many musicians have forged strong bonds at the IBC over the years and as a result work with one another frequently. Such is the case with Karen Lovely and Jonn Del Toro Richardson.

Karen Lovely burst into Oregon’s elite blues scene with her participation in the Cascade Blues Association’s Journey To Memphis that led her to the IBC where she claimed second place in 2010. Since then she has been skyrocketing as a major artist with international tours and Blues Music Award nominations and renown for being one of the strongest vocalists working. Her current album, Ten Miles Of Bad Road, continues to climb the charts.

Jonn Del Toro Richardson was the driving force behind the Houston-based band Diunna Greenleaf & Blue Mercy when they claimed first place at the 2005 IBC. Richardson also took home the Albert King Award as the event’s most promising guitarist. Since then he has won a Blues Music Award, has worked and recorded with such noted musicians as Pinetop Perkins, Robert Lockwood Jr, Honeyboy Edwards, Henry Townsend, Otis Taylor, Rich DelGrosso, Sean Carney, and Gary Moore, and has recently released his well-received first solo album, Tiengo Blues.

Karen and Jonn have worked together numerous times over the years. Sharing the stage during the IBC jams, with the Project Blues cancer research fundraising shows in Columbus, Ohio, and at festivals, most recently in Iceland. They have an undeniable chemistry onstage, and they have both received nominations for this year’s Blues Blast Awards.

For one show only, Jonn will be traveling to Portland to perform with Karen at Jimmy Mak’s on Friday, August 19 at 8:00 pm. Tickets are $17.00 reserved, $15.00 general admission and can be purchased at Tickettomato.com. This is a Cascade Blues Association co-sponsored event, so use the passcode “cba” when ordering your tickets online to receive a $2.00 discount. Jimmy Mak’s is located at 221 NW 10th.