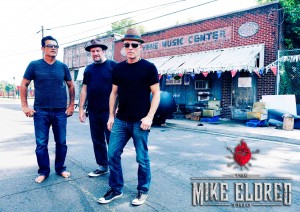 Mike Eldred has been tagged with the title of “The Best Unknown Guitarist” by none other than former Stray Cat Brian Setzer. He goes on to say, “Mike Eldred is among the rare breed of guitarists who is not afraid of blurring lines in American Music. By bending all of his favorite musical styles, Mike has created his own original voice in modern electric guitar playing. He’s what it’s all about, Baby!”

Eldred has worked as guitarist in the band of another former Stray Cat, Lee Rocker. Joined by rhythm section John Bazz and Jerry Angel, both who cut their teeth playing with The Blasters, this power trio sits atop their class amongst bands offering Americana/Roots/Blues music today. They recently completed their fourth album, titled Baptist Town, recorded in Memphis’ famed Sun Studios. 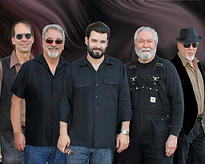 Opening the night will be on of Eugene’s top blues acts, the Muddy Award winning Hank Shreve Band. Praised as one of the Northwest’s best harmonica players, Hank Shreve is actually a multi-instrumentalist and superb vocalist.

The Mike Eldred Trio will be appearing at Duff’s Garage, 2530 NE 82nd, on Friday, August 8th for a 9:00 pm show. This is a Cascade Blues Association co-sponsored event and current card carrying members will receive a $1.00 discount at the door.

2014 Groovin’ On The Grass Concert Features Superb Double Bill with the Robert... What’s on Tap for August’s General Membership Meeting . . .
Scroll to top