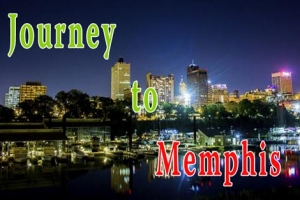 The Journey To Memphis is the Cascade Blues Association’s regional competition to select the acts that will represent our organization and region in the next year’s International Blues Challenge in Memphis, TN, held in early 2017. Up to 250 acts from around the world converge on Beale Street to perform before the music industry searching for new talent, with the chance to win recognition and prizes that include major festival performances and more. But the only way an act may participate is to win a regional competition held by one of The Blues Foundation’s affiliated societies like the Cascade Blues Association.

The Journey To Memphis competition consists of two rounds. The opening round will in early June at a venue to be determined.  The event may take place over more than one night depending on the number of acts wishing to compete. Acts are scored by a trio of judges selected for their backgrounds and knowledge of the blues. The highest scoring acts from each night of competition (up to four acts)will advance to the finals held at the Waterfront Blues Festival on July 4th.