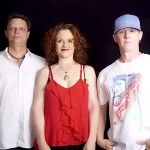 The Washington Blues Society named Seattle Bassist Polly O’Keary the Best Female Vocalist and Songwriter, and aside from leading her own band, she’s also performed with Too Slim & The Taildraggers and The Randy Oxford Band. She’ll be joined by Clint “Seattle Slim” Nonnemaker on guitar and Tommy Cook on drums, two of the fines players in the Puget Sound area. Touring in support of their latest release Compass, this band is always a fiery and entertaining act.

The band will be playing at Duff’s Garage, 2530 NE 82nd, with a 9:00 pm show on Friday, December 18. This is a CBA co-sponsored event, so make sure to show your current membership card at the door to receive a $1.00 discount on admission.

If you can’t make it on Friday night because your plans take you elsewhere or you just want to catch the band a second night, head out to The Birk, 11130 Hwy 202, Birkenfeld, on Saturday, December 19 for a 7:00 pm performance. Admission is only $5.00, a steal for one of the Northwest’s most exciting bands.