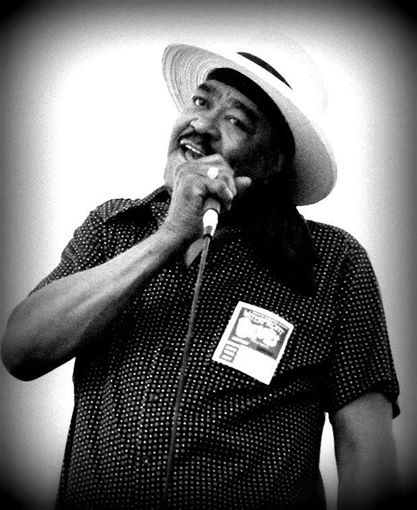 In Memory of Mel Solomon, Bluesman – photo by Val Davis

The Cascade Blues Association is saddened once again with the loss of one of our most beloved performers in the Portland area, Mel Solomon. Mel passed away on June 23rd, just days shy of his 81st birthday, after following a long battle with diabetes.

Mel Solomon moved to the Portland area in the early 1970s and worked at Freightliner until retiring in 1985 when he decided to pursue a renewed career in music. He was surrounded by music growing up in Louisiana and worked in many bands as a young man, moving from locations like Chicago, Dallas and Los Angeles. He even did a five-year period touring as part of Hank Ballard & The Midnighters.

In Portland, Mel worked with a variety of blues outfits, garnering a pair of Muddy Awards from the Cascade Blues Association for Best New Act with The Nightlighters in 1991 and Best Male Vocalist in 2001. Sadly, Solomon only officially recorded three songs during his career for Jan Celt’s Flying Heart Records’ compilation CD “A Taste of the Blue Rose”. He was also featured for a couple songs sitting in with guitar legend Hubert Sumlin at the CBA’s second Willamette Delta Showcase in 2001.

The past few years were tough on Mel Solomon as he began to lose his fight with diabetes. First he lost a leg and a few fingers, then his kidney started giving out creating the need for dialysis. Anybody who has known somebody or had to be treated for dialysis knows that it is not an easy treatment and encumbers many painful hours. After some time, Mel decided enough was enough and selected to halt all treatments. He knew that the outcome would be fatal, but he chose to go the path with dignity, deciding on his own that his time had come.

Mel Solomon will not quickly be forgotten. He was an individual everybody enjoyed working with. And when people asked who was the true, real deal bluesman in this city, chances were more than likely they would point out Mel Solomon.