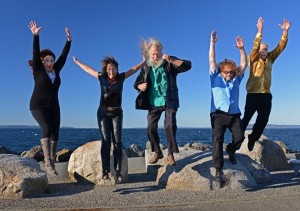 The award winning Randy Oxford Band will be performing at The Birk on Saturday, December 13th. One of the Pacific Northwest’s most beloved and popular bands, they are led by trombonist Randy Oxford and feature the mighty guitar playing of Randy Norris, drummer extraordinaire Richard Sabol, bassist Leslie Eglash and the sensational vocals of Suze Sims. Recently The Randy Oxford Band won the regional competition in Eugene for the Rainy Day Blues Society earning them the right to represent that group at the International Blues Challenge in Memphis, TN in January.