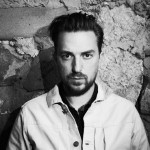 Singer-songwriter JD McPherson has taken the essence of early, Little Richard and the Johnny Burnette Trio influenced, rock & roll, tossed in some 12-bar blues, blended it with modern studio techniques, and up-dated everything into his personal, hybrid style. His original explorations into music are innovative and unique and led to development of its own genre. McPherson broke out with his debut disc Signs & Signifiers in 2012 and captured audiences’ attention with the YouTube video for “North Side Gal.” He has been on a steady upward path ever since, drawing large crowds to his performances and a new album, Let The Good Times Roll. McPherson and his band have opened for acts ranging from Bob Seger to the Dave Matthews Band to Nick Lowe to Eric Church to Queens of the Stone Age. These may not seem like natural pairings, but the McPherson’s music is primal and melodic enough that, after a few minutes, it never fails to capture even those audiences with low expectations and a lack of musical education.

JD McPherson will be appearing in Portland at The Wonder Ballroom, 128 NE Russell Street, at 9:00 pm on Wednesday, January 13. Opening the show will be Los Angeles-based duo HONEYHONEY. Tickets are available through TicketFly.com, $20.00 advance, $22.00 day of show. This event is 21 and over only.