You are here: Home1 / Boyd Small

END_OF_DOCUMENT_TOKEN_TO_BE_REPLACED 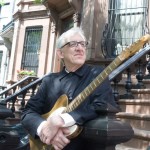 The “Titan of the Telecaster” and original guitarist for Commander Cody & His Lost Planet Airmen, Bill Kirchen returns to Duff’s Garage as the main event in a series of three nights celebrating local promoter Joey Scruggs’ 60th birthday.  One of the best guitar pickers of all time, and perhaps best known for his incredible guitar work on the hit song “Hot Rod Lincoln,” the Grammy-nominated Kirchen will also be celebrating the release of his newest CD titled Seeds & Stems.

Bill Kirchen will be performing at Duff’s Garage (1635 SE 7th) on Friday, August 2nd at 9:00 pm. Tickets are $21.00 and available through www.tickettomato.com. Opening the night will be Oregon Music Hall of END_OF_DOCUMENT_TOKEN_TO_BE_REPLACED

Here is a great opportunity to catch up with two former Portland musicians who are temporarily back in town. Boyd Small is a CBA Muddy Award Hall of Fame drummer who now resides in Amsterdam and tours extensively across Europe. What we have known about Boyd’s talents have not been overlooked by the people in The Netherlands either, where he has been nominated twice for the Dutch Blues Awards. Also in town is former Curtis Salgado Band guitarist Josh Fulero, visiting from his current home in Austin, Texas. Josh has also worked in John Nemeth’s touring band and when in Europe works as a member of the Boyd Small Band.

Boyd and Josh will be teaming up for two consecutive nights at Duff’s Garage (1635 SE 7th) on Friday, July 12th and Saturday, July 13th. They’re planning on having some friends join in with them during these shows, and since they’re both from the area originally, you just never know who will show up as they have a ton of friends here. Admission for each night is $10.00 and since this is a CBA co-sponsored event plan on having your membership card with you so you may receive a $1.00 discount. 9:00 pm show time both nights. It will be good to see both of these exceptional musicians back home again. Make a point to attend one night or the other, or maybe even both.