You are here: Home1 / David Vest

END_OF_DOCUMENT_TOKEN_TO_BE_REPLACED 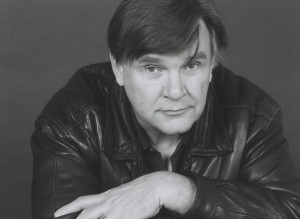 David Vest has certainly shown that he is not only a master at all things piano, but he is somewhat of a traveling man as well. He started his career tearing up the 88s throughout the Chitlin’ Circuit and Texas, where he performed alongside artists like Lavelle White, Faron Young and Jimmy “T-99” Nelson. He even had a part in introducing the world to country legend Tammy Wynette. Later, as we all know, David relocated to Portland where he worked with The Cannonballs and also with The Paul deLay Band. After Paul’s passing, David moved on once again landing in Vancouver, British Columbia where he continues to amaze audiences. He has recorded a handful of discs and his latest, East Meets Vest, finds him in the company of many of Canada’s foremost blues musicians. That disc also garnered him a Maple Blues Award as the finest blues pianist in Canada.

Every now and then David Vest makes his way back down to Portland. And when he does it is highly suggested that you should attend his performance whenever you have the chance. David Vest will be performing two shows in late July, giving you double the opportunity to see him.

On Saturday, July 27th he will be in Hood River for an 8:00 pm show at The Pines (202 W State Street). Admission is $15.00. This is a 21 & over only show. A great venue to catch a live performance, unfortunately The Pines will be closing and this is the last show they will hold. Plus summertime is the best time of the year to head out to Hood River. Make a day of it, perhaps enjoy a little wind-surfing or explore the Columbia River Gorge on the way.

David Vest will also be playing on Sunday, July 28th for an intimate and early show at the Trails End in Oregon City (1320 Main Street). Starting at 6:00 pm, admission is only $5.00, and remember the Trails End is now open to minors when accompanied by parent or guardian until 9:00 pm.