You are here: Home1 / Jim Mesi

END_OF_DOCUMENT_TOKEN_TO_BE_REPLACED 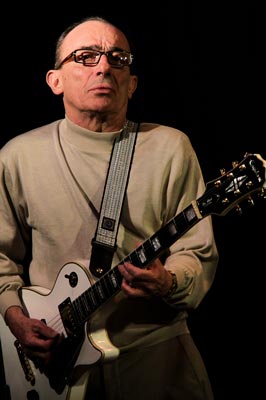 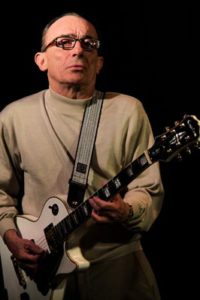 It has been a long wait for a new CD from the Jim Mesi Band, so it is definitely necessary that a party is thrown to celebrate its release. The new disc, I’m Ready, is filled with the great guitar grooves and tones you would expect from the CBA Muddy and Oregon Music Hall of Fame member, backed by a strong band that includes Scott White on bass/vocals, Ed Neumann on keys/vocals and Johnny Moore on drums. They will all be on hand, and probably several guests as well, at The Trails End Saloon (1320 Main Street) in Oregon City on Saturday, May 25th at 9:00 pm to showcase the new CD and old favorites as well. The Jim Mesi Band always gives the best in entertainment and you can expect no less for this show. It is a CBA co-sponsored event, so current members will receive a $1.00 discount on admission at the door by showing their membership card. Come on out, have a good time and take a copy of I’m Ready home with you.

The Jim Mesi Band is back with their first new recording after several years and it is definitely a winner on all counts. I’m Ready is packed full of song selections, many that the band has showcased for a number of years, with rocking numbers next to soul and blues, all featuring superb instrumentation from the band.

Jim Mesi is a legend on the West Coast for his guitar tone and phrasing. His solos are highly imaginative and interesting every time out. Even if a song may be a tried and true standard that you’ve heard a hundred times before, Mesi can lay down a guitar pattern that will make you turn your head and note that it is something new that works perfectly. And he does just that multiple times on I’m Ready.

The band works like a well-timed engine. There are no misses or pings to be found. A true ensemble that feeds off one another musically to a tee. Ed Neumann’s keyboards are a great foil to Mesi’s guitar, blending naturally, while the rhythm section is solid with bassist Scott White and drummer Johnny Moore laying down the tempo masterfully. White and Neumann alternate throughout the disc on vocals and horn fills are provided by saxophonists Al Zion and Pete Moss.

The song offerings are terrific, with highlight covers including The Neville Brothers’ classic “Yellow Moon,” Sam Cooke’s “A Change Is Gonna Come,” John Hiatt’s “Feels Like Rain” and “Can I Change My Mind” best known by Tyrone Davis. There are also a handful of originals including a Mesi-written instrumental titled “Palm Trees” that offers nice mellow guitar work. Ed Neumann penned three of the songs with “Lonnie’s Song” and “My Monkey’s Move” both filled with humorous lyrics.

The most note-worthy track on the disc was actually recorded by Ed Neumann several years ago, without being released until now. Titled “Blues For Me,” the song is highlighted by the harmonica playing of the late Paul deLay, joining Mesi, his former guitarist from Brown Sugar and the original Paul deLay Band, for the first time on disc for many years. It is certainly a number that can bring back many memories.

I’m Ready is a welcome release by the Jim Mesi Band. It has been way too long between discs and it’s good to hear that sensational guitar playing once again, backed by a stellar band. Portland’s guitar hero is back and in a big way!