You are here: Home1 / Josh Makosky

END_OF_DOCUMENT_TOKEN_TO_BE_REPLACED 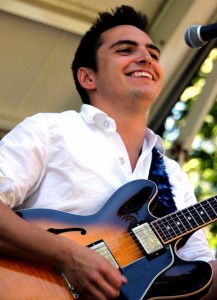 Please join the Cascade Blues Festival first thing July 4th when you attend the Safeway Waterfront Blues Festival as we present the finals for our Journey To Memphis competition starting at noon on the Front Porch Stage. Four acts will compete to see who will represent the CBA and the region at the International Blues Challenge in Memphis, TN next January.

Eleven acts participated in the first round, held at The Trails End in Oregon City the first weekend of June. Those acts included: Alan Hager & Dave Fleschner, Chad Rupp & Josh Makosky, David Pinsky & Phil Newton, Howard Wade, Lisa Mann & Her Really Good Band, Rae Gordon & Gaddis Cavenah, Tevis Hodge Jr., The Ben Rice Band, The Hitmen, The Mojoblasters, and The Rae Gordon Band. All acts were judged in five catagories, following the guidelines set by The Blues Foundation and the top two scoring acts from each night advanced to the finals at the Waterfront Blues Festival. Those winners were: Lisa Mann & Her Really Good Band, Tevis Hodge Jr., The Ben Rice Band and The Mojoblasters. 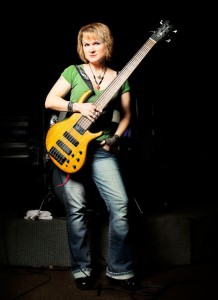 A huge thanks to The Trails End for letting us hold our opening round at their venue, and to our judges: longtime musician Jim Mayer, music publicist & promoter Matt Kalinowski and sound engineer, music product specialist & KBOO DJ Phil Garfinkel. Also a quick thanks in advance to the Oregon Food Bank and the Waterfront Blues Festival for allowing us to use the Front Porch Stage for our event finals and for the prize package they offer as well.

Make a point to also check out 2012 Journey To Memphis winners The Muddy Sons and Franco & The Stingers, as well as 2012 International Blues Challenge Solo/Duo winner Ray Bonneville and 2013 Band winners Selwyn Birchwood Band, all performing at the Waterfront Blues Festival.

Always one of the Cascade Blues Association’s largest events of the year is the Journey To Memphis; our regional competition to select our representatives from the region to compete in The Blues Foundation’s International Blues Challenge next year in Memphis, Tennessee. This year’s event returns to the newly renovated Trails End Saloon in Oregon City on Friday, June 7th and Saturday, June 8th, starting at 8:00 pm both nights.
This year we have fourteen entries; seven will compete each night before a set of three judges scoring the acts on blues content, instrumentation talent, vocal talent, originality and stage presence. All will have a timed 30-minute set and the two highest scoring acts from each night will advance to the finals held on July 4th at the Safeway Waterfront Blues Festival.

Admission to the Journey To Memphis is $10.00 each night. All admissions will cover the cost of production and form the base prize received by the winners to help defray their traveling expenses to Memphis.

Scheduled Times and Act Sets are as follows (note: these are subject to change as the acts are not required to play a full 30-minute set. If they go overtime, they will be penalized a point for every 10 seconds over.)