You are here: Home1 / 2017 February2 / The 44s Bring Their Heavy Hitting Sound Back To Duff’s Garage 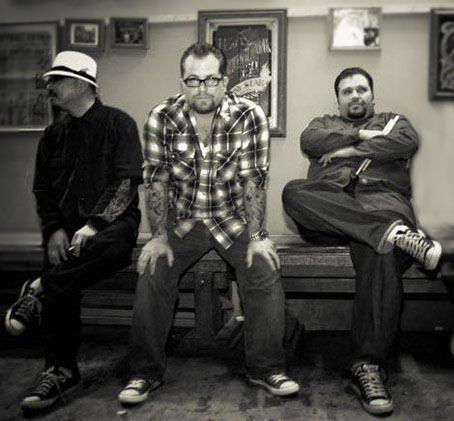 The 44’s are a Los Angeles-based band who play blues-roots-rock music and, over the past several years, have proven themselves to be one the brightest stars rising on the American blues roots scene. Make no mistake about it, the raw, rough and tough sounds generated by these four expert musicians during live performances won’t be ignored. They exhibit a genuine gift for creating blues in the moment while at the same time showing loyalty to a remarkable blues-and-r&b tradition that goes back decades. Playing vintage instruments, the band is led by vocalist and guitarist extraordinaire Johnny Main and has been touring nearly non-stop since 2010.

Highly popular in the Portland area, The 44s return to one of their favorite venues, Duff’s Garage, 2530 NE 82nd Avenue, on Saturday, February 25 for a 9:00 pm show. Admission is $10.00 and tickets are available in advance at TicketTomato.com. This is a Cascade Blues Association co-sponsored event, so show your current membership card at the door to receive a $1.00 discount on admission.