You are here: Home1 / Cascade Blues Note2 / The Roseland Hunters are on the Prowl 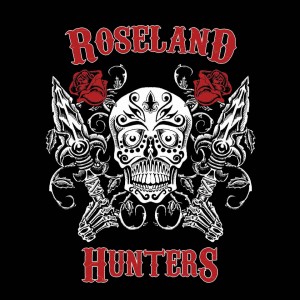 The Portland blues scene is one of the best in the country. So many musicians—there’s never a dull moment and you can find fabulous live music every night of the week. One of the newer musicians on the scene is Michael Quinby and his band, The Roseland Hunters.

Michael is one of those musicians who is self taught. He plays guitar and piano. He first appeared on stage at the age of 14 with his fathers band in Ashland, Oregon. Ever since he can remember, he wanted to be a musician. During the days he works as a National Sales Rep for a British company, but his spare time is spent working on his music.

Michael describes his music as New Orleans influenced funk. He said he has been influenced by such musicians as Stevie Ray Vaughan, The Meters, and Little Feat. He’s played with bands which included Dumpstaphunk, The Meters, Buckewheat Zydeco, Tommy Castro, Elvin Bishop, and Joe Louis Walker.

When it comes to CD’s. Michael put out a self-titled CD in 1998 with Willie Green and Nick Daniels of the Neville Bros. A new CD is in the works.

“We began recording at Cloud City in May, with Justin Phelps (Neville Brothers, Rat Dog, Galactic, Zigaboo Modeliste, Leftover Salmon) engineering. The tracks include appearances by Curtis Salgado, LaRhonda Steele, and Mac Potts. Recording was completed in New Orleans last month with Nick Daniels and Nikki Glaspie of Dumpstaphunk. The release is slated for this month,” according to Michael.

“After 20 years in the music business, I stepped away in 2003. After moving to Portland in 2004, I started meeting some of the great players here, and The Roseland Hunters first formed in 2009,” Michael said.

“We played maybe two or three gigs a year, mostly in my neighborhood of St. John’s for my friends and family. In October of 2012, I got a call from John Mazzocco to play with the Knuckleheads at Quimby’s with Reinhardt Melz and DK Stewart. Since that show, things have really taken off.”

“This year, The Roseland Hunters have had three Artist In Residencies at the Goodfoot, appeared at the Safeway Waterfront Blues and Cathedral Park Jazz Festivals, and the Mississippi, Alberta, and Kenton Street Fairs. Before the end of the year there will be another Goodfoot residency, McMenamins Northwest Artist Tour, Oregon Music News Anniversary Party, the Cascade Blues Association Christmas Party, and finishing off with New Years Eve at Edgefield.”