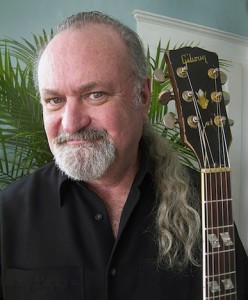 Southern blues-rocker Tinsley Ellis may speak no evil, but he sings and plays with the conviction of, as Billboard wrote, “…a man possessed.” Over the course of eleven albums and thousands of live performances, Ellis easily ranks as one of today’s most electrifying blues-rock guitarists and vocalists. He approaches his music with rock power and blues feeling, in the same tradition as his southern musical heroes Duane Allman and Freddie King and his old friends Derek Trucks and Warren Haynes. Atlanta Magazine declared Ellis “the most significant blues artist to emerge from Atlanta since Blind Willie McTell.”

Touring is support of his most recent recording, Tough Love, that has been awarded the best rock blues album of 2015 by Blues Blast and has received a Blues Music Award nomination, Ellis will be bringing his exhilarating live show to Dante’s on Friday, March 18. Tickets are available through TicketWeb.com for $15.00. Dante’s is located at 350 W Burnside. Show time is 9:00 pm. 21 and over only.