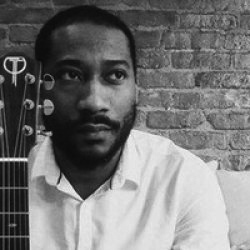 Toney Rocks is an artist who can never be pigeon-holed into one specific style of music. While Rocks has been influenced by pretty much everyone from Curtis Mayfield and Smokey Robinson, to Stevie Ray Vaughan and Joe Bonamassa, he is a unique player who often describes his music as “progressive blues-rock.” Rocks further explains his style this way: “think about if Keb’ Mo’ and Jackson Browne were stuck at Jimi Hendrix’s House” or if we were to “Just imagine if Pink Floyd went blues.” In other words, Rocks music is an intriguing concoction of many influences and styles

Usually performing as a solo musician, Toney Rocks plays both a varied selection of guitars and piano, with a presence that is quite engaging and spell-binding. Touring in support of his most recent release, No Road Too Long, he will be appearing for two shows in Oregon this August.

Then on Saturday, August 13, he will be stopping in for an appearance at the Calapooia Brewing Company in Albany, located at 140 Hill Street NE at 8:00 pm.