You are here: Home1 / PDX Blues Event2 / Top Musicians To Pay Tribute To The Memory Of Allen Toussaint – April... 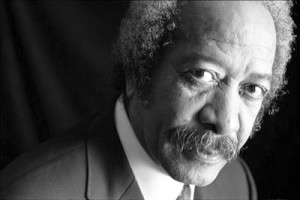 Allen Toussaint may have passed on last year, but he left behind a lengthy legacy of songs that not only served for the past fifty-plus years as the soundtrack for New Orleans R&B, pop, and soul music, but that have also been covered by a multitude of musicians world-wide. And while many may not recognize The Rock & Roll and Blues Hall of Famer by name, they surely would know his music.

In honor of this truly remarkable songwriter and performer a tribute will be held on Saturday, April 16 at The Star Theater in Portland with a world-class lineup of musicians. Included in this special evening of entertainment will be Louisiana jazz, soul, and blues artist Willie West, who has worked with many renowned artists like The Meters,  Aaron Neville, David Batiste, Earl King, Etta James, and many others. Portland’s own soul master Ural Thomas, whose recent comeback to the music scene found his band, The Pain, being named the best new band by Willamette Week, has shared bills with The Rolling Stones, James Brown, Stevie Wonder, and Otis Redding. Also included in the show will be the Modern Nolatet, an R&B and jazz outfit from New Orleans that features one of the city’s most in-demand rhythm sections with Johnny Vidacovich on drums and James Singleton on bass along with Mike Dillon on precision and Brian Haas on piano. Expect other musicians to be involved for this first-class presentation to one of America’s finest songwriters as well.

This spectacular night of the music of Allen Toussaint will start at 9:00 pm with tickets available in advance for $20.00 at TicketWeb.com. The Star Theater is located at 13 NW 6th. This is a 21 and over only event.