You are here: Home1 / 2017 March2 / Walter Trout Heading Back To Portland For One Night Only 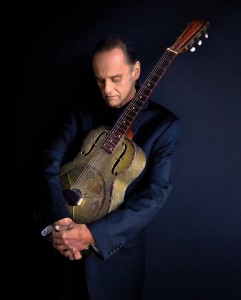 Since beginning his career as a musician in the 1960s, guitarist Walter Trout has worked with an amazing array of artists, including Percy Mayfield, Deacon Jones, Joe Tex, John Lee Hooker, Canned Heat and John Mayall’s Bluesbreakers before taking out on his own solo path. His performances are legendary and his guitar playing is fiery and memorable. But, as Trout’s army of international fans are painfully aware, recent times have taken the bandleader to the brink, following a bleak diagnosis of life-threatening liver failure and hepatitis C in 2013. Trout’s rebirth began with a successful transplant in May 2014, and gathered pace with 2015’s Battle Scars: the acclaimed studio album that channeled his near-death experience into raw autobiographical songs.

Walter Trout is , better than ever, celebrating his latest live recording, Alive In Amsterdam, nominated for best Rock Blues Album in the 2017 Blues Music Awards. His current tour will be stopping in Portland on Thursday, March 16 at The Aladdin Theater, 3017 SE Milwaukie Avenue. This all ages show will begin at 8:00 pm. Tickets are $25.00 and are available in advance at Ticketfly.com or at The Aladdin box office day of show.

Three Nights with Orphan Jon & The Abandoned
Scroll to top