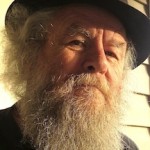 December is one of the most important times of the year for the Cascade Blues Association. Members who attend our monthly meeting, besides hearing great blues music, will be able to vote for the people they want filling the officer positions for the CBA’s board of directors. All officer positions are open, President, Vice President, Secretary, Membership Secretary, and Treasurer. Please bring your current membership card to receive a ballot. We will have an up-to-date list of members if you cannot find your card.

Aside from the voting, though, we know that you attend the monthly meetings to hear those various artists from our region you may not always have the chance to catch play the blues. And this month we have two great sets for you to enjoy.

Walker T. Ryan is a blues icon from Eugene who can recreate the sounds of the original Delta and Piedmont style bluesmen, yet brings them to his unique and original creation. Ryan is both a master slide and fingerpicker, and a true storyteller. Everything that you’d expect from a first class solo musician Walker T. Ryan is all that and more. He represented the Rainy Day Blues Society in Memphis at the International Blues Challenge this past January and continues to tour in support of his most recent recording, Living Room.

Perhaps one of the best descriptions of Ryan and his playing was offered by T.R. Kelly: “Walker never preaches. He tells stories and lets us see the truth with our own eyes. It sticks deeper that way. Walker has the soul of an Irish storyteller with a bluesman’s musical vocabulary, never failing to acknowledge and honor the African roots of the blues in his shows, while explaining the contributions of immigrants and  po’ whites, crazies and characters off all colors. Hence the fitting title ‘Underdog-American Music.’  His familiar-feeling yet inventively original songs speak of huge truths in the language of the working people, with words that fit around real  and sometimes raw feelings, not cleverly constructs from a rhyming dictionary.”

The second set of the night will bring out the newly reformed band the Rose City Kings. The band took a hiatus for a little while, but it’s back and ready to get the crowds rockin’ once again. In their original incarnation the band won a Muddy Award for best new act, released three albums, toured with Chicago blues master Jody Williams, and represented the CBA in Memphis at the International Blues Challenge. Over time they saw some changes, but never lost the energetic, driving force they presented in live performances. 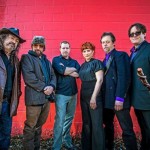 The band consists of founder and sensational songwriter Dan “Kolvane” Berkery on guitar and vocals, joined by Tim Shaughnessy on bass, Steve Kerin on keyboards, Katy Oberg on percussion, Gary Keeney on drums and David Lipkind on harmonica. This is an exciting collection of some of the top musicians in Portland, each capable of handling the spotlight on their own, but collectively bring a moving and passionate show that will leave you wanting more.

We’ll hold our popular free ticket drawing in between sets, announce all the up-coming fun blues happenings and will also have our winner take all $1.00 raffle ticket drawing for a multi-CD package put together just for the meeting.

Join us at The Melody Ballroom this month, vote for your board officers, hear two sets of fantastic music and hook up with all your blues loving friends. Sounds like the place to be, this month and every month.