After last month’s annual extravaganza, The Muddy Awards, that surely left a lot of fantastic memories, it is time to get back to normal business again. But normal business for the Cascade Blues Association just means having our monthly meetings downstairs at The Melody Ballroom with two fun sets of music and our regular free ticket drawings in between. 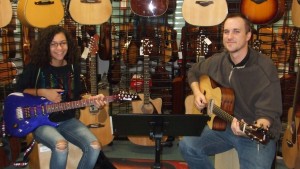 Well, it’s not really a typical meeting, as every December we also hold our elections for the Board of Director’s Officer positions. So make sure you attend and bring your membership card to get a ballot and help select those who will help run the Cascade Blues Association for the next year.

But let’s talk about the music. Because we know that is why you really come to these meetings anyway. We have a spectacular pair of musical sets lined up for you in December that will truly raise your blues heartbeat. A little something new, and an old friend returns to play for the membership, too.

Opening the night will be the duet of Shae Lee & Jon Edmondson. Shae Lee recently moved to Portland this past summer from her hometown of Kansas City. This young performer is a self-taught vocalist who also started taking guitar lessons at the tender age of four. Over the years she has taken the stage alongside many of the most popular blues musicians in Kansas City, performed in the Youth Showcase at the 2010 International Blues Challenge and even traveled on a mini tour with Hamilton Loomis in 2011.

Guitarist Jon Edmondson relocated to Portland in 2010 from Chicago. He has also been playing guitar since he was four and now teaches the instrument at Portland Music Company. Aside from accompanying Shae Lee, Jon can also be found working as a solo blues artist and a session player

This will be a great pairing of two of Portland’s up-and-coming blues artists that will surely be quite entertaining and not to be missed.

For the second set we are featuring one of Salem’s most popular outfits, The Ivie Meziere Band. They are a dynamic guitar driven electric blues band, bringing together four seasoned veteran musicians with decades of experience. 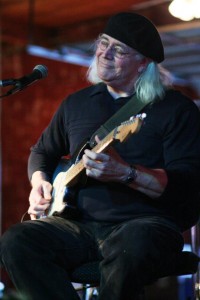 and vocals. Garry is perhaps most noted for his long partnership working with Ellen Whyte in Reflex Blue as well as the duos, trios and full bands that he and Ivie perform in. Aside from his work with Meziere, Orvil was with the popular Salem-based band Kick that ran for more than fifteen years, before teaming with his wife Kathy for a new group in the mid-90s. Bill Foss has also worked with this pair of guitarists for many years, skillfully laying down the bass and vocals, and rock solid Ed Pierce completes the band behind the drums. The band can cover any genre of music from rock, jazz, r&b and blues. Great groove, vocals and musicianship makes for a great evening of music.

Hope to see you all there. Get out and vote for your CBA officers!!