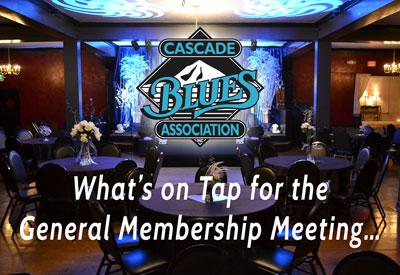 The year keeps rolling along and we are more than blessed with such quality musicians on-hand in our region. We continually try to bring some of the best to you to start each month out at our General Membership Meeting. I mean, what a surprise April was! Lucy Hammond brought in a huge line-up of class A players and knocked our socks off; only to be followed by a stand-out set from Tracey Fordice & The 8-Balls. Well, we’re not going to let up now or anytime during the year, so we have yet another great pair of acts for you in May. 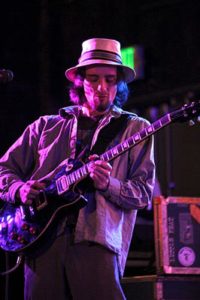 “More than meets the eye” is definitely a great way to describe Still Water Vibes who will be playing the opening set. Starting from the front, you’ll never guess that those incredible vocals came from Nick Wixom. At first glance he is a young, small, red-headed kid that probably has no business in a band let alone in front of a blues band. But give him 5 minutes and a soulful rendition of a classic BB King tune or a funky original song and he’ll sit you down in your chair and have you focused all night. Nick is one step away from becoming a household name in the Willamette Valley. Remember not to let your eyes deceive you, if you see a short red-head take the microphone, you’ll be in for a treat.

But the fun doesn’t stop at the vocals. One of the most important factors in a good blues band is the lead guitar. Brandon Logan fills that all important role with ease. Great tone and the smarts to know when to go overboard and when to sit back and groove, Brandon’s guitar playing is the kind that gives you goose bumps and has you begging for one more song.

What good are a great singer and an incredible guitar player if they don’t have a solid foundation? Jarred Venti on Bass and Brian Wixom on drums fill out the lineup with one of the best young rhythm sections anyone could ask for. With backgrounds in funk and rock and roll, they give Still Water Vibes an edge over the competition. Fans everywhere will certainly agree that if you don’t have a tight bottom end and skilled percussion then dancing is nearly impossible. So it’s no secret that when they put together the rhythm section they didn’t hold back and got some of the most talented young players the area had to offer.

Still Water Vibes doesn’t have the look of your traditional blues band, but that’s one of the best parts of the band. A great band sounds great when your eyes are closed, when they can take your attention away from the physical and bring out emotions with their music. Still Water Vibes is a great band.

After Still Water Vibes, we will take a short break to conduct our monthly announcements of blues events coming to town as well as having our free ticket drawing for your chance to win CDs, tickets and other fun items. Do not forget to get your drawing ticket at the door when you enter the venue.

For the second half of the night we will feature Tree Top Tribe, who performed for us before for our acoustic set at a meeting. This time, they will be throwing down with a bit of electricity. Led by guitarist Mick Schafer and violinist Tom Esch, with different supporting casts, Tree Top Tribe has been performing locally since 2005. Their album, Blackberry Jam Sessions has gotten local radio airplay and made it to Pandora.

Over the past year, the band got a sizable boost from a new rhythm section, bass player Brian Link and drummer Joe Howard. Brian Link has been a professional musician since high school in Virginia. Introduced to the band through their previous drummer, Matt Ramsdell and it didn’t take long before Brian sat in and blew everybody away. Mick and Tom heard Joe Howard play for the first time on a really good jazz demo and later Mick heard him live at Coyote’s jazz jam. The acid test was putting Joe and Brian together. That sealed it.

Tree Top Tribe’s keyboard player is Colin Hogan, who also fronts her own band, the Colin Trio. Here’s an interesting story from her feistyfolk.com site: “In January 2006 her demo found its way into the hands of New Orleans legend Dr. John, who was so captivated by her rendition of Bill Withers “Ain’t No Sunshine” that he requested that Colin join him onstage during his Hampton, VA show. The impromptu duo sang a memorable rendition of the classic “Makin Whoopee.”

Tree Top Tribe is a fine amalgamation of talented musicians. Mick Schafer was once approached by keyboardist Tim Doyle one night at Coyote’s and stated, “You guys are really good. Where do you find these amazing young musicians?” Mick told him…… for a non religious person, he prays a lot. Well you won’t need to do any praying at the meeting, but you just mind yourself giving thanks for the great talent we have in town.

Hope to see you all there.

Tracey Fordice and the 8-Balls