After such a blistering hot summer we’re starting to feel a little briskness and chill coming in the air. Fall has descended upon us, but we know we do not have to look too far to find great blues music to help warm up those nights. And as always, the monthly general membership meeting of the Cascade Blues Association is the right spot to find just that. 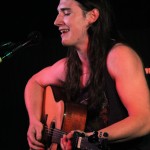 Opening the night for us in October will be a young artist who has caught our attention a few times over the past few years. At only nineteen years of age, Justus Reece has appeared onstage at happenings like the Blues For MS concerts and participated in this year’s Journey To Memphis competition at The Lehrer. And he is going to Memphis this coming January to represent the Cascade Blues Association as our first entry in the Youth Showcase that has taken place the past few years at the International Blues Challenge.

Justus is quite an accomplished guitarist. Influenced and inspired by musicians like John Fahey, Mississippi John Hurt, Charlie Hunter, Gary Clark Jr, Lionel Loueke, Doug Smith, Michael Hedges, Stevie Ray Vaughan, Jerry Garcia and Terry Robb, with who he has shared time on stage with and taken lessons from. He has been playing since he was eight years old and hopes that he can make a future with music. “The blues are my roots,” he states, “but all music is related.”

For our electric set, we feature Martin Henry and Freedom Street Band. The 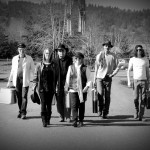 band is based out of the Portland area, comprised of a tight collection of accomplished musicians from throughout the Northwest, providing highly energized entertainment from a diverse set of songs ranging from rock, blues, country, and R&B.

The Freedom Street Band is currently working on recording tracks for a demo CD at Angels Recording Studio, owned by and operated by Martin Henry as well as producing a music video. Expect to have nothing but a good time with this popular band.

And as usual, the meeting will include our member favorite free ticket drawing between sets, our multi-CD winner take all package, and we’ll inform you about events coming up in our area. Don’t miss out on the monthly meeting, you may find an act that you’re unfamiliar with that’ll turn your head in approval, and of course it’s always a great place to meet good friends. See you there!