You can always expect another fun-filled night of great blues music when you come to The Melody Ballroom for the Cascade Blues Association’s monthly meetings. And February is certainly going to carry that tradition 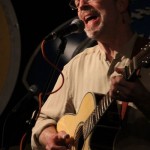 Opening the night will be Tim Connor who fell in love with the down-home blues when he saw Arthur “Big Boy” Crudup at the Ann Arbor Blues Festival when he was 15. “He was this big guy with this big, blond Kay guitar, and he wasn’t the greatest player but his energy blew me away.” He went on to explore the blues of Lightning Hopkins, Big Bill Broonzy, Brownie McGhee, and others, with a special interest in the Piedmont blues style. He plays fingerstyle, and, as Rob Cullivan observed in his article about last year’s Journey to Memphis competition, “Connor picks the guitar with the precision of a harpist plucking strings, creating clearly defined melodic lines.” He has played around the Portland area for several years, and has performed and presented workshops on blues guitar styles at Northwest Folklife in Seattle and the Spokane Fall Folk Festival.

Tim is a songwriter who tries to extend the blues tradition while staying true to the roots. “The blues isn’t just a chord progression, it’s a sound and a feeling—one person with a story. I’ve always thought of myself primarily as a songwriter. I’m not a traditional musician really, but American songwriting is a tradition in its own right, and the blues is at the heart of it.” Tim has been somewhat sidelined recently with a bout of carpal tunnel syndrome, but he’s recovered and ready to bring the blues to anybody who wants to listen, and he will be doing so for us at the February meeting.

For the second set of the night we will present the J.T. Wise Band. Wise is a singer/songwriter who brings a signature guitar sound to the band and he’s a graduate of The Musicians Institute with many years performing in bands throughout the NW. For their set, 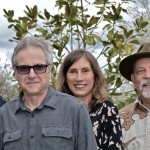 the J.T. Wise Band have prepared a mix of original rockin’ blues mixed in with some old favorites. Rounding out the band members is singer songwriter and bassist Margaret Wise; as well as James Stein, a seasoned pro and 30-year musical partner of the Wise family, who is a stellar vocalist and plays rhythm and slide guitars; and drummer Ken Woodside from Shorty and the Mustangs.

At the break between sets we will announce the great events happening in the area for the month and have our popular free ticket drawing for CDs, concert tickets and more. We will also have another winner-take-all multi-CD package for only a $1.00 a ticket chance to take home this great collection of music. Don’t miss out. The CBA monthly meeting is always a great place to hear the blues and to spend time with good friends. See you there.